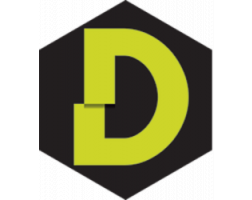 Davinci Coin (DAC) today is with a 24-hour trading volume of . DAC price is 0% down in the last 24 hours. Lowest cost DAC is recorded on the crypto exchange Jex. Leader in trading volume DAC is the exchange Jex. Cryptocurrency market capitalization is
حول Davinci Coin (DAC)
Since 1996, the Korean wave known as ‘hallyu’ has become one of the largest contents in China, and this content has achieved great success in overseas markets. However, as a result of the North Korean nuclear issue in 2016, the United States’ Terminal High Altitude Area Defense (THAAD) missile defense system was installed in South Korea. Due to the THAAD system, tensions between South Korea and China rose, which has adversely affected the Korean wave.According to trade statistics in 2017, Korea’s trade with China accounted for more than 20% of the total trade volume (exports 24.8%, imports 20.5%). Korea was ranked highest for both the export and import sectors. China imported 9.9% of its total trade volume from South Korea, edging out Japan, and recorded fourth with 4.3% in all export sectors.Nowadays, this full-scale trade between South Korea and China has significantly slowed down compared with what it was before 2017. Unexpected diplomatic issues have negatively affected the cultural exchanges between the two countries. However, the people have raised their voice in hopes to resolve the issues between South Korea and China in the private sector, rather than on the diplomatic level. People have decided to join forces to find answers through cultural ideas as a way to transcend the diplomatic barrier. The Davinci Project began with the aim of promoting the private interchange between South Korea and China through South Korea’s block chain skill as an IT powerhouse. Our world is composed of a myriad of communities from the individual to a family community to larger communities of the workplace and society. From now on, these communities will be connected through decentralized blockchains and these blockchains will be closely linked to another community’s blockchains, ultimately forming an ecosystem. The Davinci Project enables everyone to use a highly efficient, fast, secure and simplified payment system among nations while also minimizing the complexity of financial and accounting verifications. Also, a strengthening global trade and investment system has collapsed the boundaries of national currencies.Moreover, the credit information of foreign companies will be transparently managed. In addition, the distributed networks will have tightened security and reduced costs. Surplus resources will be shared. The transaction histories of real estate will be digitized and will also be managed transparently.The Davinci Project will be the foundation for industries such as voting, prediction systems, firearm security, human resources, insurance companies, Internet of Things (IoT), energy, education, donations, and so on. The Davinci Project was created to construct an ecosystem that encompasses cultural, artistic and other various fields, while linking domestic and international exchanges in the network from the private sector.
يمكنك معرفة المزيد عن جميع الأحداث الجديدة عن طريق الاشتراك في توزيع البرقية والبريد الإلكتروني لدينا.
أظهر المزيد
عملة معماة
السعر
غطاء السوق
(24h) الصوت
يتغيرون (24h)