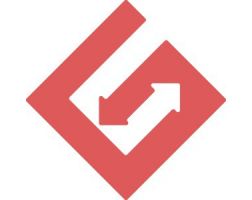 Gate.io exchange launched in 2017, but this is not the first page of its history. Since 2013, the platform has been operating in the Chinese market and was called Bter. “Rebranding” became a necessary measure after the Chinese government tightened cryptocurrency activities in the country.
مؤسس: ١٠.٢٠١٧
نوع: مركزية
بلد: United States
5
Sadly, you’ve exceeded the limit of adding to favorite.
The limit possible is 5
Increase the limit
الذهاب إلى الموقع
1
0
0
2

Gate.io exchange launched in 2017, but this is not the first page of its history. Since 2013, the platform has been operating in the Chinese market and was called Bter. “Rebranding” became a necessary measure after the Chinese government tightened cryptocurrency activities in the country. And although the Gate exchange does not have a license in any jurisdiction, and its owners remain in the shade, it is at 50th place in the ranking by trading volume. This is also possible due to the fact that the Gate platform takes care of the money of users by building good protection against intruders. The gate io marketplace provides traders with the opportunity to trade in the BTC, ETH, USDT, CNYXА and some low-liquid markets. Over 300 currency pairs with popular and lesser-known cryptocurrencies are also available. Features In order to be different from competitors, Gate.io exchange has added some features: - Low commission in the amount of 0.2% for trading operations, there is no commission for deposit, and commission for withdrawal is equal to the blockchain network fee; - Old charts and transaction history so that the trader can analyze his experience after some time; - 12 interface languages, although the translation quality cannot be called “good”; - Detailed user guide and support in popular messengers; - Security. This is the main feature of the gate platform. Security Gate io marketplace was almost unaffected by hacker attacks during its operation. Only once did the attackers manage to run a script for the web version, which changed some BTC wallet addresses for some users when they entered, because of which the funds were sent to other wallets. But hackers were not able to access the accounts of traders, due to their storage in "cold wallets". Before starting the trade, the trader must register, confirm the identity of the KYC sample, and then use two-factor authentication. Yes, the Gate.io exchange is not controlled in any jurisdiction, has not the best support service and outdated interface. But despite this, the stock exchange has a serious daily turnover of funds, an excellent security system and the presence of various types of trading, including margin with leverage. Read more about Gate.io in the Neironix database.