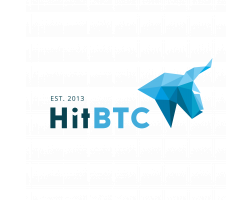 The HitBTC cryptocurrency exchange started operating in 2013, and today is one of the most popular trading platforms according to the Coin Market Cap.
مؤسس: ٠٤.٢٠١٣
نوع: مركزية
بلد: United Kingdom
5
Sadly, you’ve exceeded the limit of adding to favorite.
The limit possible is 5
Increase the limit
الذهاب إلى الموقع
3
0
1
11

حول الصرف
The HitBTC cryptocurrency exchange started operating in 2013, and today is one of the most popular trading platforms according to the Coin Market Cap. At first, trading on HitBTC was only in cryptocurrencies, as all operations with a deposit. But after 2015, management signed many contracts with financial institutions and the exchange began to work in accordance with the laws of financial regulators. After the release of Ethereum, the HitBTC platform began to pay increased attention to all coins on the ERC-20 protocol, and most popular projects fell into the list of the exchange. At the moment, the most popular coin on the platform is EOS. Its daily turnover paired with BTC reaches $ 70,000,000. The HitBTC platform provides three hundred cryptocurrencies and almost 700 currency pairs. The daily trading volume on the exchange is almost $ 1 billion. No fiat currency pairs are available on HitBTC, the stablecoin USDT is used instead. Trading on HitBTC is possible without passing verification, but in this case, you can withdraw or replenish a deposit only in cryptocurrencies. Bank transfers are available only to verified users. Also, margin trading with leverage is available only after verification. Commissions on the exchange are among the lowest: 0.1% per taker, for makers there is no commission at all. Deposit replenishment and withdrawal of funds also occur without commissions, except for transaction fees in the blockchain. Security on HitBTC remains at a high level, especially if traders use the available measures: 2FA, a white list of wallets and automatic logout after some time. After additional registration, users will be able to store their funds in specially allocated cold wallets. Trading on HitBTC is associated with some risks. The Internet is full of stories, as the site did not allow funds to be withdrawn for a very long time, or blocked some users before they passed KYC. Also, several times coins of some projects were removed from the exchange listing before the contract expiration date. Other shortcomings include the lack of a Russian language, a mobile version, and a weak support service. Nevertheless, the HitBTC cryptocurrency exchange is very popular among traders, including due to the large list of available cryptocurrencies and trading pairs. More information about HitBTC and other cryptocurrency exchanges can be found on Neironix.io
حجم كبير
BTC/USD
أعلى زيادة
UNO/ETH
0.00%
اللغات المدعومة