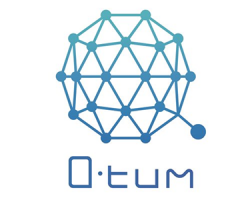 QTUM
QTUM
Qtum is one of the most interesting and controversial cryptocurrencies released in 2017. The Qtum platform is still developing, but it has implemented several working prototypes that demonstrate part of its abilities.
Circulating supply:
96 172 808 QTUM
Total supply:
101 922 828 QTUM
Max supply:
107 822 406 QTUM
Explorer link
Coin
Mineable
5
Sadly, you’ve exceeded the limit of adding to favorite.
The limit possible is 5
Increase the limit
Go to website
0
0
0
160

QTUM (QTUM) today is with a 24-hour trading volume of . QTUM price is 0.631562% up in the last 24 hours. Lowest cost QTUM is recorded on the crypto exchange Bithumb Global. Leader in trading volume QTUM is the exchange OKEX. Cryptocurrency market capitalization is
About QTUM (QTUM)

Qtum is one of the most interesting and controversial cryptocurrencies released in 2017. The Qtum platform is still developing, but it has implemented several working prototypes that demonstrate part of its abilities.

Interest in the project arose because of some of its features. But the most interesting point is the qtum blockchain. The fact is that the platform managed to unite the two most famous and popular cryptocurrencies. More precisely, their blockchains. And borrow the best solutions from both Bitcoin and Ethereum. It is based on the Bitcoin blockchain, on which the developers imposed an abstract layer, and launched Ethereum VM (virtual machine). So the qtum platform appeared with the simultaneous support of the protocols of two cryptocurrencies.

The main advantage of this symbiosis is the work of Ethereum smart contracts based on the more reliable Bitcoin blockchain. In addition, Qtum developers have improved smart contracts, calling it “Master Contracts.”

The master contract is constantly updated with additional information about the process. Everything that happens in the process - implementation details, third parties involved in achieving the goal are also added to the qtum blockchain. This makes master contracts much more informative. Another advantage of qtum master contracts is the ability to adapt to any business area. Platform developers are already creating many templates for business, IoT, commerce, entertainment, etc.

It is impossible to mine a coin using standard methods. QTUM is built using the PoS (Proof of Stake) protocol. For mining, it is important not equipment, but coins on the user's account. But, the developers have significantly modified the protocol. In fact, now the number of coins on the account is not so important, because each token is a kind of lottery ticket, which can give a random reward. Thus, the qtum platform solved the risk of being subjected to a “51% attack” when the transaction verification was entrusted to the holders of only the largest number of tokens. And their collusion can break the platform.

According to qtum org, for 2 years after the release, the qtum token is traded on more than 100 exchanges. Among which there are large ones, like Binance, Bittrex, Upbit, and many others. Since the qtum blockchain contains an EVM virtual machine, coins can be stored on any ETH wallet. But, if you want to participate in the PoS mining of the token, then you will need to download official wallets from the qtum org website.

The principle of creating a hybrid ecosystem was a big step forward for QTUM and the entire blockchain industry. The Bitcoin blockchain, on which Ethereum smart contracts work, sounds interesting and promising. But there were some dark pages in the history of the coin, which was very reflected in the course. The token, which was sold at 15 cents on the ICO, raising $ 16 million, in early 2018 rose in price to $ 80 per coin. Later, the price decreased significantly. But, volatility still remains high, scaring cautious traders.

The scandalous situation with the Qtum project revolves around Patrick Day, one of the founders. The media noted that he still has legal proceedings with his previous job. We don’t know who is right and who is wrong in this situation, but many experts think that this story affects the success of the QTUM project

To always be aware of changes in the price, capitalization of the QTUM coin, follow the project on Neironix.i

Would like to know the latest QTUM price? Here is it as well as other useful data about this kind of cryptocurrency. At NEIRONIX, we collect and provide any valuable content on it such as 1 QTUM to USD so that you could make a favorable investment and have a positive result. We invite you to the world of QTUM value, by giving a real comprehension of its prospect and worthiness!

All Data You May Need about QTUM Perspectives and Cost

Due to NEIRONIX, you will be aware of all the latest news. Firstly, everybody can get acquainted with QTUM price today – these data are renewed with a high speed as we appreciate your wish to have up-to-date information at hand. Secondly, you are able to look through the following important aspects: market cap shows the collective value of all sold coins, low/high value demonstrates the minimal and maximal value of 1 coin among other stock exchanges, and volume is the total value of transactions on stock in a day. Thus, you won’t have a question: ‘How much is a QTUM worth?’ All data are thoroughly analyzed and presented for your convenience!

If you keen on QTUM price chart, we offer it – just choose the period you need (from 1 day to maximum) and get a full analysis of its falls and growth during the appropriate period. To add to it, NEIRONIX disposes of topical news about QTUM current rate and its possible changes, current QTUM value with future forecasts and growth perspectives. Thanks to us, you will be notified about the latest tendencies in the chosen cryptocurrency market!