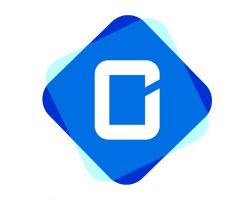 CoinBene is a popular cryptocurrency exchange from Asia. The platform was founded in 2017 and is currently in the TOP 10 exchanges with the highest trading volume. The Coinbene platform is popular not only in its region but is also popular among traders around the world.
Art: Zentralisiert
Land: Singapore
5
Sadly, you’ve exceeded the limit of adding to favorite.
The limit possible is 5
Increase the limit
Gehen Sie zur Webseite
1
0
0
0

Über den Austausch
CoinBene is a popular cryptocurrency exchange from Asia. The platform was founded in 2017 and is currently in the TOP 10 exchanges with the highest trading volume. The Coinbene platform is popular not only in its region but is also popular among traders around the world. The CoinBene interface has been translated into eight languages, but there is no Russian among them. The average daily trading volume at Coinbene reaches about 300 million US dollars. The Coinbene platform is popular due to the large trading volume, the absence of commissions for depositing and withdrawing funds, charts from Trading View and many other advantages. Three markets are available on the exchange: ETH, USDT, and BTC, as well as about 130 trading pairs and about 50 cryptocurrencies. In addition, the Coinbene Platform issued its own internal Coni token on the ERC-20 protocol, the emission of which is 1,000,000,000 tokens. We will tell you more about Coni coins. Reduced commissions are available for coin owners, the token can be used to vote for listing new coins on the exchange. Token holders also receive a reward in Coni coins for their storage. The interface of the trading platform is not fundamentally different from most exchanges, and traders can also download the Coinbene mobile application. Deposit replenishment and withdrawal of funds without commission, but there are minimum limits for the replenishment of the account. They are different for each cryptocurrency, but on average, you will not be able to send the number of tokens, less than 20 USD. Commissions for transactions are 0.1%. Coinbene is a relatively anonymous exchange and does not require mandatory verification. But, to increase security, any user can perform KYC by uploading documents to their personal account. Additional security measures are as follows: two-factor authentication via Google or SMS and a PIN code to confirm trading operations. Other benefits: - replenishment is available in any supported cryptocurrency; - support for Trading View charts; - high-quality technical support work. Disadvantages: - lack of margin trading; - there is no support for pending orders; - limits on the minimum withdrawal amount. The cryptocurrency exchange remains popular and in-demand today, especially among traders in Korea and Italy. Read more about Coinbene and other exchanges at Neironix.io
Top Volumen
BTC/USDT
Top zu erhöhen
AAVE/USDT
0.00%
Unterstützte Sprachen