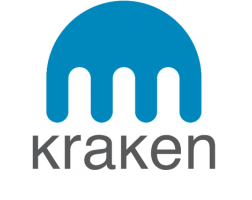 Kraken Cryptocurrency Exchange enjoys the well-deserved trust of its users. Although Kraken is owned by the U.S. financial services company Payward Inc., it has a large number of European customers. Kraken is the world's leading BTC/EUR pair trader. Kraken's work as a trading platform began in September 2013. Kraken's work as a financial company began in 2011.
Founded: 07.2011
Type: Centralized
Country: United States
5
Sadly, you’ve exceeded the limit of adding to favorite.
The limit possible is 5
Increase the limit
Go to website
0
0
0
7

About exchange
Kraken Cryptocurrency Exchange enjoys the well-deserved trust of its users. Although Kraken is owned by the U.S. financial services company Payward Inc., it has a large number of European customers. Kraken is the world's leading BTC/EUR pair trader. Kraken's work as a trading platform began in September 2013. Kraken's work as a financial company began in 2011. The Kraken Exchange did not become a scene of scandal and was never hacked. Thanks to its impeccable reputation, Kraken was chosen as a trusted partner for the return of the money that went missing on the Japanese cryptocurrency exchange Mt.Gox. On the Kraken, there are trading pairs with both cryptocurrencies and fiat currencies, among which not only USD and EUR. A considerable part of trading volumes falls on transactions with Ethereum. You can refill your account at the exchange with both cryptocurrencies and bank transfers. Unfortunately, Kraken does not support PayPal, Skrill and other electronic payment systems. There is a mobile application for trading, so far only for the iOS operating system. Kraken provides margin trading for some of the most liquid currency pairs. The Kraken Leverage Exchange allows you to set up leverage between 1:2 and 1:5. Commission exchanges for "no leverage" trading are 0.01 and 0.02% of the transaction amount. For the safety of means of user's work, Kraken relies on "cold" the cryptocurrency purses which have no access to the Internet. Also, Kraken belongs to some small exchanges and platforms for cryptocurrency exchange. Cryptocurrency exchange Kraken pleases users with a wide range of technical analysis tools and user-friendly interface. To view the chart opens an additional window, which can be changed and configured at will. Kraken has a user identification policy. Layer 1 identification allows you to both deposit and withdraw cryptocurrencies. To pass it, it is enough to confirm the e-mail address and phone number. It is necessary to specify the name and surname, country of residence and date of birth. At the first level, as well as at all subsequent levels, there are no restrictions on the size of the deposit. Clients of Kraken, who have passed the identification of the first level, can withdraw up to $ 2500 per day and $ 20 000 per month in the cryptocurrency equivalent. Kraken's second tier of identification is providing its home address. Kraken users at this level can use SEPA bank transfers to deposit and withdraw fiat currency. Deposit or withdrawing fiat currency from Kraken is limited to $2,000 per day and $10,000 per month. In cryptocurrencies, you can withdraw up to $5,000 per day and $50,000 per month in cryptocurrency equivalent. The third level of Kraken identification will require an identification document and confirmation of the postal address specified in step 2. For example, a utility bill or garbage collection bill sent to that address may serve as proof of address for Kraken. At this level, the Kraken Exchange allows you to deposit and withdraw fiat currencies of up to $25,000 per day and $200,000 per month. The cryptocurrency equivalent is allowed to withdraw up to $50,000 per day and $200,000 per month. Level 4 of the Kraken exchange offers VIP clients for personal communication. At this level, Kraken executives personally allow withdrawals of fiat currencies and cryptocurrencies for amounts up to $100,000 per day and $500,000 per month.
Top volume
BTC/USD
Top increase
ADA/ETH
0.00%
Supported languages