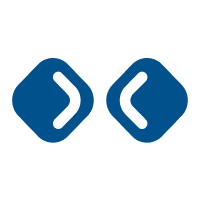 BRTR (BRTR)
Token
Ethereum
Utility
ERC-20
व्यापार नहीं
Barter Smartplace - टोकन वितरण
The total issue is limited to tokens in the 100 million BRTR. The distribution of tokens in circulation is planned as follows: 1) The primary round of pre-sale financing is held in the amount of 2% of the issue and is distributed to participants at a price of $0.01 per token; 2) At the ICO stage, the project conducts a crowdfunding campaign, distributing another 5% of tokens at a cost of $0.06 per token; 3) At the stage of the initial exchange offer, it is planned to place the following 10% of the total share of the circulation at the price of $0.3 per token; During the testing phase the network on the D-PoS consensus, potential validators leave the requirements to be one of the 50 fundamental nodes of the network, which is awarded new coins to generate new blocks and conscientious of maintaining network performance. It is planned to distribute 1% of the balance to all nodes on a monthly basis, thereby stimulating the initial validators to hold rates for a long time without reducing the share, thereby increasing the overall market turnover. Thus, in 12 years arranged token processing will increase to ~41,5%. In addition to validators, the interest rate is expected from the delegates-the owners of more than 10 000 BRTR receiving the prize from a bet validator is a good way to get extra coins, in bitcoin is called mining; 4) After the successful stage of IEO, it is planned to distribute 1% of tokens to the team as a primary reward for the work done, which the owners will be able to dispose of at their discretion; Further distribution of tokens for the team will be carried out every 180 days by 1%, that is, the next 4.5 years – 9 times. 5) 5% of the tokens are reserved to attract important partners to the Barter platform, which have a positive impact on the development of the network and the promotion of the smartplace application; 6) 0.5% of the total token circulation is allocated to stimulate the community for helping the project within the bounty program, for example, incentives will be distributed for: - Subscriptions and reposts in social networks; - Writing reviews and posts about the project; - Publication of materials in the media; - MVP testing; - Application tasks (design, forum moderation, translation of texts into other languages, etc); 7) The reserve Fund is supplemented every 180 days by 1% of the allocated share. Reserve Fund tokens can be used to hedge market risks and other types of risk. Stored in multi-currency reserves, can be used in market collapses, no external financing; when the life cycle of the product ends. The reserve Fund supports sustainable development of the project.
Barter Smartplace - निधियों का उपयोग
Management - 19% Development - 29% Marketing - 34% Administrative expenses - 9% Legal services - 5% Outsourcing - 4% 1) Opening a legal entity in Europe with a bank account; 2) Development and launch of the first version of the Smartplace product in 3-4 months; 3) Presentation of the product on world sites within the framework of RoadShow; 4) Legal opinion on the token; 5) Engaging partners to expand the Barter Smartplace ecosystem; 6) Posting product information in the most reputable media; 7) Listing on the secondary market in order to attract $ 3,000,000; 8) Earning the first annual income from the activities of Smartplace and Wallet.
टिप्पणियाँ
Please, login to write a comment.
साइन इन करें
Bitcoin
(4.00%)
Ethereum
(5.95%)
Ripple
(-1.43%)
Bitcoin Cash
(3.48%)
Tether
(-0.70%)
Bitcoin SV
(1.59%)
Litecoin
(1.91%)
Binance Coin
(1.22%)
EOS
(-0.28%)
Tezos
(3.31%)
Cardano
(17.74%)
ChainLink
(-1.32%)
Stellar
(3.48%)
Bitfinex LEO Token
(-4.42%)
Monero
(4.54%)
Huobi Token
(3.18%)
Sola
(-2.16%)
Tron
(3.99%)
Crypto.com Chain
(7.65%)
AXenS
(-2.76%)
Support Center
Tracking of cryptocurrency markets has become even more convenient with our application.