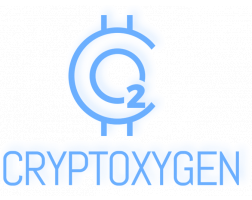 Stephan Francais CHAIRMAN, CO-FOUNDER Graduated from a Master of business creation in Paris X, but also a DEA in political science and a PhD in political science whose subject was the development of an axis of cooperation between Asia and France. At the end of his studies, he decides to embark on computer science in the PPR group (which became KERING group since 2013, the international luxury group based in Paris, France; owner of luxury goods brands, including Gucci, Yves Saint Laurent, Balenciaga, Alexander McQueen, Bottega Veneta, Boucheron and Brioni, Pomellato, owned & headed by François-Henri Pinault since 2005, the famous French tycoon & philanthropist) 10 years after, by finishing the purchasing director at the largest European technology distribution company SURCOUF; Stephan decided to conduct a first entrepreneurial adventure with DNS as an associate for the development of a range of AUDIO/VIDEO trades under the brand “Sound Vision”. Further to this wild experience, he decides to mount his personal structure to revive the historic French technology brand “Thomson” (founded in 1893) to re-start IT, computers and laptops products with the aim to provide “technology for all” around the globe with a 5 years proven success of having deploy the Thomson products and brand around the world. Stephan Francais has been awarded the title of Entrepreneur of the Year in 2018. Irina Duisimbekova VICE PRESIDENT DEVELOPMENT, CO-FOUNDER & BOARD MEMBER Graduated from South Bank University, London, MBA Degree in 2003. Since 2007, she has been running her brokerage company in the field of agricultural and energetic commodities sector supplying the largest companies from Russia, Kazakhstan, Brazil, France, the Kingdom of Saudi Arabia, China and the Kingdom of Bahrain in joint-venture with the investment company of a Prime Member of a GCC Royal Family. In 2016 she became the CEO in the Arabian Gulf of a Swiss multinational Fortune 500 petroleum commodities trading company, located in the Kingdom of Bahrain with revenues over 3 billion USD annually. In 2018 she also invested and became partner in a new venture named Licorne Gulf along with the Thomson Group of Stephan Francais with the aim of covering exclusively the territories of Gulf Cooperation Countries and Russia for the Thomson brand commercial and industrial sales & development. She is fluent in French, English and Russian. Alexandre Katrangi CEO CO-FOUNDER Graduated from the Trinity College with an MBA of International Business. Over the past 20 years within USA, France, Middle East & Africa, he has established and implemented energy, technology and industrial projects in emerging areas, raising the necessary finances for capex & opex and providing strategic advices and contacts for the development, experiencing constant growth and vibrant activities, for a range of companies and individuals from blue chip institutions, large Fortune 500 conglomerates to private investors and UHNW individuals. Partners and Clients relied on him for critical financials, legal, and strategic commercial advices on investments and deployment as well as optimized ROI. Over the past 16 years Alexandre has held the position of Board Member and Advisor of a Prime Member of the Saudi Royal Family. He also holds the position of Vice President of Strategic Investments of a Forbes Fortunes private family from the Emirates. In 2018 he invested in the venture Licorne Gulf along with Thomson Group and Irina to become partner in the structure and support the international development of the Thomson products across the globe. Ashima Arora DIGITAL MARKETING EXPERT Vikram R Singh ICO Advisor Thomas George ICO Consultant Gagan Sobti CUSTOMER SERVICE MANAGER
6
टीम का सदस्या
Verify: coming soon
0
सलाहकार
Verify: coming soon
2
फ़ोन का सत्यापन
Verify: 67%
2
KYC
Verify: 67%
KYC
phone