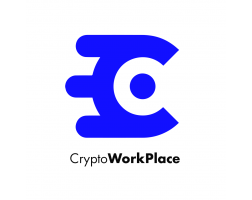 CWT-P (CWT-P)
Token
Ethereum
Utility
ERC-20
Pre-TGE - token distribution
|---> The first stage of the Token Presale will raise funds for marketing and preparation for the main stage of the process. It will also go towards releasing the first batch of the CWP Micro-PC and the alpha version of the CryptoWorkPlace Web portal. |---> The second and main stage of the Token Sale plans to release the experimental batch of the CWP and offers the crypto community the first samples of the product in the Light version.
Pre-TGE - use of funds
|---> 30% of the funds raised during the TGE: we plan to spend on the launch of production on an industrial scale. 70% of this amount will be spent for the purchase of components, manufacture of printed circuit boards and their assembly. 20% will be used to pay for the work of third-party developers from Europe, USA, and Asia. 10% — for manufacturing production tooling, test equipment, warehousing services and logistics. |---> 20% of the funds raised during the TGE: we allocate for marketing in three regions Europe, the United States and Asia during the first year of the product’s release to the world market. 80% of this amount will be spent on the product promotion in the United States, Japan, China, and Singapore.
Comments
Please, login to write a comment.
Sign in
Bitcoin
(3.32%)
Ethereum
(3.02%)
Binance Coin
(0.41%)
Ripple
(7.19%)
Cardano
(1.28%)
Luna
(5.92%)
Polkadot
(5.36%)
Dogecoin
(6.37%)
HexCoin
(0.71%)
Bitcoin Cash
(9.72%)
Litecoin
(9.98%)
Avalanche
(4.55%)
Stellar
(6.71%)
ChainLink
(5.41%)
Tether
(-0.08%)
Cosmos
(12.74%)
EOS
(13.11%)
Ethereum Classic
(31.01%)
Crypto.com Chain
(1.78%)
Fantom
(3.86%)
Support Center
Tracking of cryptocurrency markets has become even more convenient with our application.