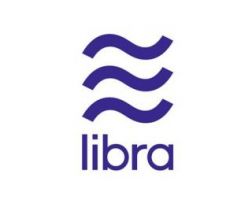 Libra is a stable digital coin introduced by the Libra Association consortium on June 18, 2019. It will work on the Libra Network blockchain, developed by specialists from the Swiss consortium Libra Association. Initially, this organization included 27 companies, but as it became known recently, Paypal decided not to participate in this project. The cost of participation in the consortium is 10 million US dollars. Facebook is the head of this association.

What is cryptocurrency Libra pegged to?

The new Facebook cryptocurrency will be supported by real assets: various fiat currencies (USD, EUR, JPY, and GBP) and government bonds, so its rate will not depend on volatility. This means it can not be regarded as an investment asset, such as Bitcoin.

The Libra blockchain will rely on the byzantine fault tolerance (BFT) consensus algorithm. After moving from permissioned to open blockchain, the network will support smart contracts.
Libra bandwidth will be about one thousand transactions per second, in comparison, the Bitcoin network can process about 7 operations per second.

The network will be under the responsibility of one hundred nodes supported by the project partners. Developers will allow independent validators to join the blockchain in the future, but their total number should not exceed 20%. It means, by and large, the Libra blockchain will not be decentralized, as it will be in the hands of the association and large business.

Testing the Libra network and the Calibra wallet should begin in the fourth quarter of 2019. Facebook promises to launch a functioning blockchain in the first half of 2020. The Libra digital coin project has been criticized by financial regulators in many countries around the world. US and European Union officials regard the Libra project as a threat to state sovereignty. PayPal left the consortium due to increased pressure from regulators. This may delay the project.

How to buy and where to store Libra?

It is not yet possible to buy Facebook cryptocurrency, as at the moment it is only on paper. You can store the Libra coin in the company’s Calibra wallet, integrated into the entire ecosystem of Facebook: WhatsApp, Instagram, Messenger.

The total audience of the above products is about 2.4 billion users. The successful launch of the Libra will positively affect the popularization of the digital economy, because the developers promise that they will use the new cryptocurrency directly in Messenger, Instagram, etc. It will be convenient, simple and reliable.
Founder of Facebook, Mark Zuckerberg wants to involve all the people who can not use banks in the digital economy, it's about 1.7 billion people.
The Facebook digital coin can radically change the global payment system in the near future, as a result, banks will lose their role as payment intermediaries.

You can always see the Libra exchange rate against the dollar, the ruble and many other fiat currencies of the world on the Neironix site. This platform updates data in real-time and all information received is recorded in a chart.

Quoine Liquid (QASH)
-0.16%
Commenti
Please, login to write a comment.
registrati
Add coin to Watch List!
Be the first to know about the exchange listing of this coin!
Add to Watch List