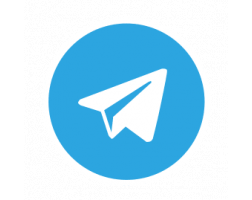 Telegram Open Network (TON) is a large and ambitious project of brothers Durov, their main goal is to create a decentralized, scalable, secure and fast network. TON can be compared to a very large supercomputer with the processing power spread throughout the world. This project is for both ordinary users and various service providers.

As part of two closed rounds of financing, ICO Telegram (TON) attracted investments totaling $1.7 billion. It was an absolute record in the history of the industry at that time.

GRAM cryptocurrency cannot be mined since all 5 billion coins were issued at the initial stage. Half of them went to the TON Reserve fund, which is meant to stabilize the GRAM against the dollar. If the GRAM rate drops, the fund will automatically buy up coins. The second half was up for sale.

The main tasks of TON

TON can become a very serious competitor to giants such as Visa and MasterCard in the future. One of the main problems preventing the full recognition of cryptocurrencies is the lack of convenient services. That is, now it is not convenient to use digital coins on a daily basis. The Telegram team has a big experience in creating user-friendly interfaces, so this will help create a wallet with which many people can become part of the digital economy just in two taps.

You can always see the current GRAM rate against the dollar, ruble and many other fiat currencies of the world on the Neironix site. Data is updated in real-time, and all information is displayed in a chart. You can see data for a day, a week, a month, a year, or all the time on the Neironix website.

AchieveCoin (ACH)
-0.83%
Commenti
Please, login to write a comment.
registrati
Add coin to Watch List!
Be the first to know about the exchange listing of this coin!
Add to Watch List