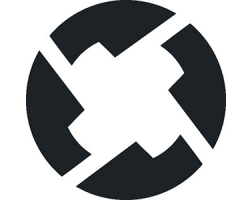 0x (ZRX) today is with a 24-hour trading volume of . ZRX price is 0.670905% up in the last 24 hours. Lowest cost ZRX is recorded on the crypto exchange EXMO. Leader in trading volume ZRX is the exchange CoinBase Pro. Cryptocurrency market capitalization is
0x (ZRX)について

The 0x protocol is open-source software. The protocol is designed for the decentralized exchange of various assets in the Ethereum network. It is also a 0x (ZRX) cryptocurrency based on Ethereum blockchain. It uses a software or hardware wallet that supports ERC-20 token storage. There is a reward for active members of the 0x network. At the same time, there is no mining of new coins in the system. 0x zrx tokens were sold on ICO, which raised about 24 million U.S. dollars. In total, just over 1 billion coins were issued. Of these, 500 million are distributed between the founders and developers of the project. Investors got the second half of the total number of tokens, i.e. 500 million tokens of 0x network. They can be used to pay commissions as well as for settlements between network members. The developers announced that ZRX is used as the basis for building decentralized applications. ZRX cryptocurrency was first made available to customers in August 2017. Initially, one 0x coin was worth $0.10. Market enthusiasm allowed the 0x cryptocurrency to grow in value by more than 5 times in the first two days of trading. At the peak of the value (ATH), the 0x was given $2.5 on the stock exchange. The total capitalization of the cryptocurrency at that time exceeded $1 billion. The price of the cryptocurrency did not go back to above $2 for long and then fell below $0.5 again. The reason for the drop in interest was the low activity of the developers. The 0x protocol allows the decentralized exchange of ERC-20 and ERC-721 tokens. The project site indicates that anyone can create their decentralized exchange, supporting the safe exchange of tokens. Or to organize an auction for digital goods based on ERC-721 tokens. Potentially, the 0x protocol is not only in demand for the creation of decentralized exchanges and other decentralized applications. It can become the basis for asset tokenization. The word "tokenization" is used to refer to the release of digital assets, the number of which is linked to physically existing assets. Owners of this cryptocurrency can vote. Voting by the user community is the way forward for the project. However, the developers have not been very active in ZRX for a long time. Along with the decline in public interest in 0x there was a fall in price. By the beginning of November 2019, one coin costs about $0.3. You can buy the cryptocurrency on Binance, Coinbase, HitBTC, Bithumb, Bittrex, Upbit, OKEx, and other trading floors. This cryptocurrency is also available on the popular EXMO and LiveCoin exchanges. Buying and selling are possible in pairs to Bitcoin, Ethereum and the U.S. digital dollar (USDT). The prospects of the token are proved by the presence of a good team of developers, constant updates of the project site and far-reaching plans. The developers are going to increase the network bandwidth first by 10 and then by 100 times. The founders of the project believe that in due course the majority of cryptocurrency exchanges will pass on using their protocol. However, ZRX cryptocurrency is not yet widely used, and its further adoption is questionable. Competition from Bittrex and Binance and other major players is dangerous for the project. Cryptocurrency exchanges are actively developing decentralized trading floors. With the growing popularity of such exchanges, the need for a protocol of decentralized token exchange based on the Ethereum may disappear.