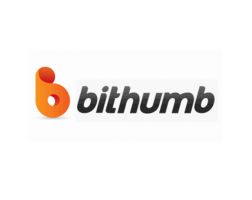 Not the first in the country, the popular Korean exchange Bithumb began operating in 2015. The project was launched by a large company from Seoul “BTC Korea”. This cryptocurrency platform can rightfully be called one of the most popular not only in Asia but throughout the world.
설립일: 09.2017
유형: 집권
국가: South Korea
5
Sadly, you’ve exceeded the limit of adding to favorite.
The limit possible is 5
Increase the limit
웹 사이트로 이동
0
0
1
462

Not the first in the country, the popular Korean exchange Bithumb began operating in 2015. The project was launched by a large company from Seoul “BTC Korea”. This cryptocurrency platform can rightfully be called one of the most popular not only in Asia but throughout the world. For example, many coins added significantly in price immediately after launching on the exchange. Moreover, some projects made fake news about the launch of trading on the Korean Bithumb in order to artificially raise the price of their token. The Bithumb exchange has a daily turnover of $ 300,000,000, which is a very good indicator. Bithumb has a good protection system. The incident with the theft of funds occurred once in 2017. As a result of a hacker attack, 3% of users were affected. But, it’s worth clarifying that the attack was not directed at the exchange itself, but at the computer of one of the BTC Korea employees. Although security is one of Bithumb's strengths, it has one of the biggest problems. The fact is that in order to start trading on Korean Bithumb you need to go through registration and several stages of verification, including confirmation of the phone number. But, the problem is that many Bithumb users do not receive a message with the code. At least that's what they say in the set of negative reviews. Operating mainly for South Korea, the Bithumb exchange supports only about a dozen popular cryptocurrencies and one fiat - Won. As for the commissions, then everything is in perfect order. There are no additional fees for replenishment or withdrawal of funds, and for transactions, the standard commission is only 0.15%. Moreover, Bithumb users have the opportunity to get a 50% discount on commissions using coupons. If we talk about the pros and cons of the exchange, the advantages include good security, the availability of popular cryptocurrencies, an excellent trading volume, the impact on the price of new coins and quality technical support service. Among the shortcomings will be the verification problem mentioned above and the limitedness of only 12 cryptocurrencies and 1 fiat. In general, the Bithumb exchange is a good tool for traders, tested by time and experience. A large number of people agree with this since the platform has such serious indicators of capitalization and turnover. Read more about Bithumb at Neironix.io.