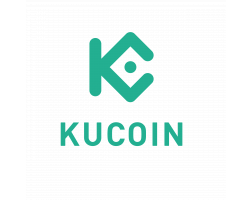 The KuCoin Exchange is of Chinese origin. Previously, the exchange operated in China under the name of Kubi. The exchange's renaming and relocation to Hong Kong in 2017 was due to a more digital currency-friendly Hong Kong policy.
설립일: 01.2018
유형: 집권
국가: Hong Kong
5
Sadly, you’ve exceeded the limit of adding to favorite.
The limit possible is 5
Increase the limit
웹 사이트로 이동
1
0
0
52

The KuCoin Exchange is of Chinese origin. Previously, the exchange operated in China under the name of Kubi. The exchange's renaming and relocation to Hong Kong in 2017 was due to a more digital currency-friendly Hong Kong policy. The KuCoin exchange has its token. It has the KCS symbol and is used to receive discounts when paying commissions and other exchange services. Its name, KuCoin shares, indicates that users who hold these tokens receive a portion of the revenue from KuCoin exchange operations. This model of doing business is to the users' liking. KuCoin token's cryptocurrency has rapidly taken off in the TOP-100 cryptocurrencies. As of mid-November, the KuCoin token is ranked 56th in the Coinmarketcap rating.

From the technical point of view, KuCoin Shares is an ERC-20 token based on Ethereum blockchain. A total of 200 million of these tokens have been produced, and every quarter their total number is reduced by buying them out for Ethereum and "burning them". As a result, only 100 million tokens should remain in circulation, each of which will be a kind of digital "share" of the KuCoin exchange. Further plans of KuCoin founders include the creation of a decentralized exchange. The profit from the operations of which will also be partially distributed among token holders. Only cryptocurrency transactions are available at KuCoin. Here users are not provided with fiat currency pairs, margin trading, futures, and other derivatives. Instead, the founders of the KuCoin exchange focused on providing better opportunities for the exchange of cryptocurrencies between each others. For this reason, the verification of KuCoin exchange users is not as stringent as on other exchanges. There are over 450 cryptocurrency pairs at KuCoin in total. The KuCoin website has been translated into 12 languages, including English and Russian.