Bank of America and Ripple Lab Have a Joint Secret Project

Bank of America - one of the largest financial institutions in the USA, is actively testing the technology of Ripple Lab, according to unconfirmed information. This may mean that the second-largest bank in the USA will continue to introduce blockchain technology in the financial sector in the future. 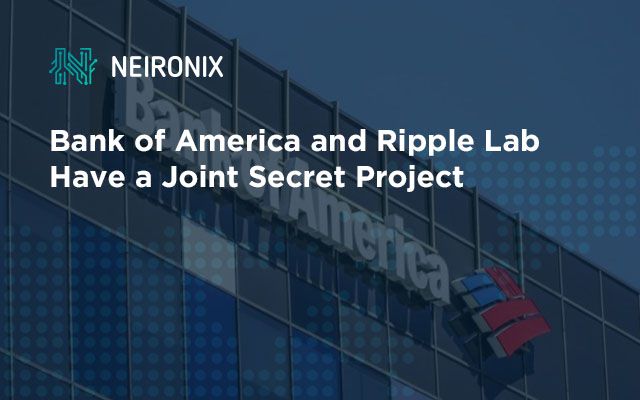 The Ripple representatives could neither confirm nor deny this information, they only said that they managed to carry a joint pilot project. No further details were provided.

Recall, Bank of America specialists have been long consulting RippleLab regarding legal compliance issues. But according to the information on the joint project, it appears that their relationship has moved to a new, more serious level.

Recall that Bank of America CTO Katie Bessant said that although the company's specialists had studied blockchain technology for a long time, they were able to find a practical application for it in the financial sector. Perhaps Ripple’s technology was useful for BoA.

Earlier we wrote that Bank of America has developed a settlement system using DLT Ripple.