The number of miners in the Bitcoin network has declined over the past month, as evidenced by the information on the chart. Read more about the reasons of hashrate changes in our article. 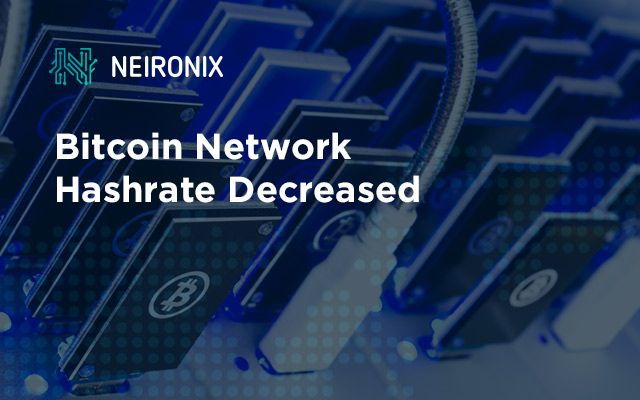 Bitcoin miners mine cryptocurrencies creating blocks in the blockchain. Since the beginning of 2019, their activity has steadily increased. A year ago, the minimum hash was 33.64 hash/s, increasing by 3-5 points every month, and doubled by July reaching 72.54 hash/s.

The situation has changed at the beginning of November. The activity of miners began to decline, despite the positive news background. On November 13, the hashrate returned to the August level. This happened amid the Bitcoin rate drop and a mining income decrease.

Today, the cost of mining one BTC is $4,500. Working on old equipment became unprofitable, and many mining farms simply turned it off, reducing the number of working miners on the network.

This led to a 15 percent reduction in computational complexity and became the second-largest drop after an 18 percent drop on November 1, 2011. Fortunately the situation did not affect the cryptocurrency cloud mining.

Despite this, falling profits and the upcoming halving have forced mining companies to look for other ways to increase profitability, and they are doing very well.

We already wrote that Canaan placed its shares on the NASDAQ American stock exchange and raised $90 million during the IPO since November 20. The company OneConnect plans to carry an IPO too. It wants to raise $100 million.

Pole Mack Translate comment
0
Maybe this is due to the fact that many miners are reconfiguring before complicating production in May 2020, after halving bitcoin?