Bithumb Global, an international decentralized digital asset trading platform, a subsidiary of Bithumb, one of South Korea’s leading cryptocurrency exchanges, has announced the introduction of a new initiative designed, according to the exchange, to become a new standard in the industry. This is a step-by-step investment mechanism — BG Staging. 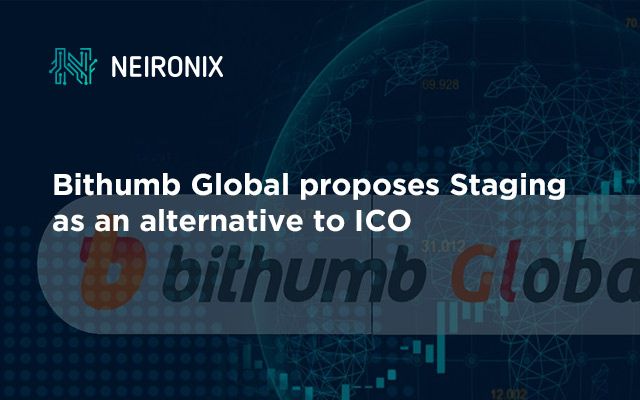 On October 9, Bithumb Global, which opened its Russian office earlier this month, announced the launch of a new tool called BG Staging for Russian citizens on its platform. Staging is a new method of promoting young blockchain projects and creating strong communities around them.

According to the exchange, such method of attracting community`s attention to new projects as airdrops, in practice, led to the fact that the majority of tokens distributed in this way settled in inactive wallets, which did not increase the value of the project and did not contribute to the growth of its community.

Other methods of attracting financing and user attention, such as ICOs and IEOs, in the end led to unhealthy behavior in the market, when young projects fell victims to the panic of bidders and lost their investments.

The BG Staging mechanism is designed to stimulate the true interest of participants in the development of projects, and not to encourage unhealthy tendering behavior. To participate in Staging, traders send a portion of their assets to a specific account in order of interest in a particular blockchain project. These funds are frozen until the distribution of promotional vouchers. Vouchers are issued in proportion to the bets made by investors. According to the weighted distribution methodology, the higher the rate, the more likely it is to receive promotional vouchers.

After the distribution of promotional vouchers, a multi-stage period for unlocking the tokens of the blockchain project starts, which does not allow the emergence of a large volume of new coins on the market, and prevents the collapse of the price of the asset.

The meaning of BG Staging is to reduce the risks of projects at the launch stages, which gives startups the possibility of stable and sustainable development without any market manipulations at the initial stage of trading.

Currently, over 32,000 users have already received F1ZZ vouchers for more than 50 million F1ZZ tokens during the distribution. Since the launch of the initiative, their growth has amounted to 3156%.

Earlier we wrote that Bithumb is planting its flag in the Middle East with the launch of a licensed fiat-to-crypto exchange in the United Arab Emirates.