Blockchain Environmental Impact: 3 Ways It Can Be Used for Carbon Removal

Climate change is a global issue. Our dependence on fossil fuels has brought us to a point where some of the most basic things that we need are starting to become scarce. It doesn’t take a genius or a scientist to understand that this is not sustainable. We have to do something, and we have to do it now. 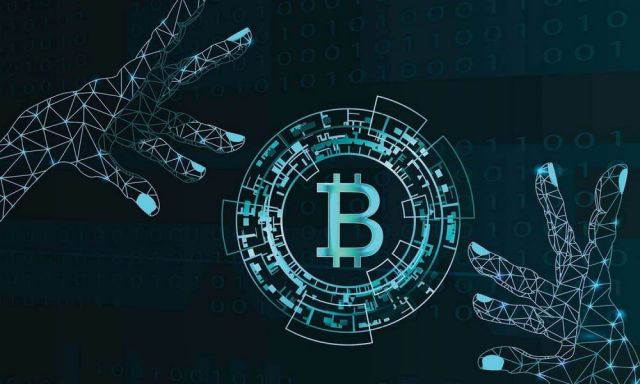 What can we do? Well, the simplest answer is to stop contributing to climate change. That’s easier said than done, though. So, while we work on transitioning to a more environment-friendly lifestyle, we can also start using innovative solutions that could help us deal with the problem in the long run.

Blockchain-enabled solutions are one such thing. They could help us combat climate change on multiple levels, from individual consumers to governments and large corporations, especially now that more and more Bitcoin mining energy sources are becoming sustainable, making blockchain closer to carbon neutrality.

In this article, we’ll take a closer look at the main ways blockchain can be used to address one of the most pressing issues of our time.

Blockchain is an innovative technology that was first used to support the Bitcoin cryptocurrency. It has since evolved into something more.

Blockchain is basically a decentralized ledger that keeps track of all transactions that occur on it. This ledger is not stored in a single location but distributed across multiple servers, so it’s practically impossible to hack or modify.

The sustainability of blockchain, however, depends on the mining process. It takes a lot of power to run servers and validate transactions, and that’s why some people worry that blockchain is not eco-friendly.

While it’s true that blockchain technology is often not sustainable itself, it can be used to develop sustainable solutions, e.g., reducing energy consumption in proof of stake systems, developing green mining, using renewable energy to support operations, and so on.

What Is Carbon Removal?

Carbon removal is a process of removing carbon dioxide from the atmosphere to store it in a safe place. It is sometimes referred to as negative emissions technology.

Carbon removal is a necessary part of the fight against climate change. However, it's imperative to remember that it can't substitute the transition to a carbon-neutral economy. Carbon removal is valuable as a backup solution, but it's not the ultimate one.

Carbon removal can take various forms, including direct air capture to store it in underground reservoirs (carbon capture and storage), planting trees to absorb carbon dioxide from the air, and using artificial methods to convert carbon dioxide into other compounds.

How Can We Use Blockchain for Environmental Conservation?

Now that we know a little bit more about this technology, let’s look at the ways it can help us fight climate change.

Carbon offsets are one of the ways of reducing climate change. They are basically a way to compensate for your contribution to global warming. By donating money or investing in projects that will reduce emissions, you can neutralize your carbon footprint. Some examples of such projects include planting trees, developing renewable energy sources, and providing clean water.

There is a problem with most offsetting programs, though. They are not transparent and are often used to scam people by providing them with non-existent or non-working solutions.

Blockchain can solve this issue by providing a decentralized and transparent offsetting system. This could make the whole process a lot safer and more profitable for both buyers and sellers.

EarthFund is an example of such a platform. It’s a blockchain-based platform that enables users to invest in projects that help to reduce carbon emissions, such as reforestation, renewable energy, and water conservation.

Carbon trading is all about selling and purchasing carbon credits. If one organization is over its carbon emission limit, it can buy credits from another company that has more than it needs.

Blockchain can help to make carbon trading a lot safer, cheaper, and more efficient. For example, it can eliminate the need for intermediaries who are often responsible for large fees. Moreover, as mentioned above, blockchain-based platforms are very secure and transparent, so buyers and sellers can be sure that their transactions are safe and reliable.

By providing a transparent and immutable ledger, it can make sure that all transactions are properly registered and tracked.

Smart contracts are another way blockchain can help to reduce carbon emissions. Smart contracts are basically self-executing code that runs on the blockchain and enforces agreements between two or more parties. They are designed to automatically execute commands as soon as certain conditions are met.

One of the ways in which smart contracts can be used is to monitor carbon emissions. By implementing smart contracts, organizations can make sure that they do not exceed their emission limits. They can also take advantage of it by developing a fully automated incentive system that rewards those who reduce their emissions.

Blockchain technology is not only about cryptocurrencies. It can be used to develop solutions for many of the world’s problems, including climate change.

The potential of blockchain-based applications for environmental conservation is enormous. It can help us make carbon offsets and trading more transparent, secure, and efficient, ultimately leading to a greener future.

While blockchain is not a silver bullet that can solve all of our environmental issues, it can be an important part of the solution. By using it to its full potential, we can make a significant contribution to the fight against global warming.

Neironix is not responsible for the safety of your funds and does not provide investment advice.