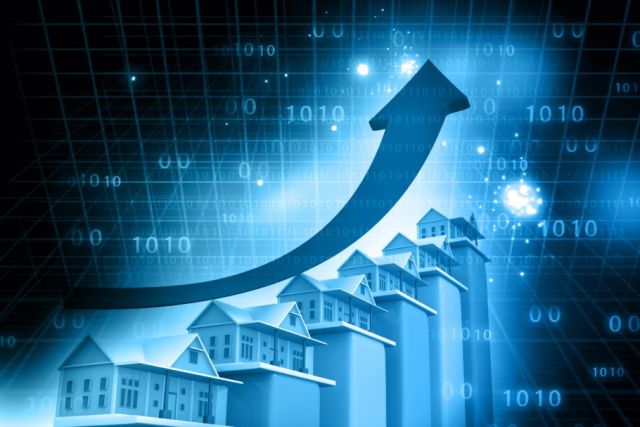 There has been a lot of commotion coming from the blockchain sector in 2020. This year saw some of the most advantageous projects enter the sector in quick succession. Each of these projects contributes to the growth of the entire blockchain market as a whole. Today, this sector encompasses thousands of different cryptocurrencies.

While many of these cryptocurrencies are just duplicates of other more popular platforms, here are some that stand out like a lighthouse in the night. These platforms are the brightest and best in the industry at this moment. They incorporate the most advanced technology in their networks have the level of support needed to push projects through with success.

Apollo is the most advanced blockchain to date. This revolutionary protocol provides developers with a new level of programmability that was previously unavailable. Apollo was built from the ground up to cater to the Dapp development community.

The first thing Dapp developers notice when they arrive at Apollo is that it has a very easy to use backend. This interface is concise and makes it simple for developers to conduct all of their construction efforts. Consequently, Apollo continues to garner more attention from the Dapp community.

Apollo is also great for those of you who aren't blockchain programmers. The platform allows any firm to issue and launch a token with minimal effort. Users also utilize this blockchain to validate digital identities and conduct atomic swaps. Atomic swaps are cross-chain transactions.

This flexibility hasn’t gone unnoticed by the market. The Apollo network has a myriad of government and commercial pilot programs underway. In this way, Apollo’s community continues to expand.

In addition to its convenience factor, Apollo integrates a variety of top-notch security protocols to keep your assets safe, For example, Apollo is the only Quantum resistant blockchain available to the public currently. With Quantum computers approaching public release, this is an issue worth considering.

Investing in Apollo is easy and only takes a couple of minutes to complete. Apollo is available on a variety of notable exchanges. One of the most popular exchanges to find this coin is at the BitMart exchange

GSX is another amazing project to keep your eyes on in 2020. GSX is the only stablecoin on this list and for good reason. It’s the only Quantum resistant stablecoin in the world.

Unlike many of its competitors, GSX is pinned to Apollo Finances’ large gold mining operation. Considering the vast amount of fiat currency flooding the economy recently via stimulus packages, it’s safe to assume that widespread inflation is sure to follow. Gold is one of the best ways to avoid inflation.

In fact, when inflation rises, gold prices rise sharply. Gold serves as a safe haven during times of uncertainty. GSX combines the best features of gold and cryptocurrencies to create a unique financial instrument that is able to store value and process daily transactions. Impressively, GSX has a transactions-per-second (tps) rate on par with national payment processors such as VISA.

Unlike other gold-backed tokens in the market, GSX investors hold true ownership over the entire mining operation, not just the gold bullion. This ownership extends to all mining equipment, land, and gold in the vault. As the value of the land and gold increases, so do your dividends. GSX is only available via pre-sale at GSXCDE.com. The firm has some aggressive discount of up to 50% on all investors.

SUN coin is another project that has captured the attention of the market. This DeFi platform seeks to get in on the current yield farming craze. Yield farming is a decentralized lending strategy that enables regular users to lend out their crypto and earn sizable interests. In some cases, the interest equals 100% ROI.

The man behind the concept is none other than Justin Sun. He is best known as the founder of the TRON blockchain. As such, it shouldn't be a huge surprise to learn that SUN COIN utilizes the TRC-20 protocol. TRC-20 is the token standard for the TRON ecosystem.

TRON entered the market with the goal to usher in the age of the decentralized internet. The company's CEO is constantly making headlines for his vocal support of the crypto community. Notably, Sun is the protégé of Alibaba's Jack Ma. Consequently, TRON has a strong following in the market.

Another interesting project related to the SUN coin project is the HyperSun blockchain. HyperSun is basically the test network for the SUN COIN project. The blockchain is set up to run with a faster metabolism in order to allow developers to quickly assess the effects of different governance protocols on the network.

What’s really cool about this project is that SUN didn't launch the platform, a group of SUN supporters stepped up to create this testing chain protocol. Few coins have support to this extent.

ATOM is unique in so many ways. For one, ATOM is the utility token for the COSMOS blockchain network. This network is more than just your traditional blockchain. Instead, COSMOS is like the internet of blockchains.

The developers behind this project seek to categorize and classify every blockchain in the market. Then, through the COSMOS ecosystem, allow users to easily search and utilize whatever blockchain best suits their needs. In this way, COSMOS plays a valuable role in the expansion of the entire market.

Today there are more blockchains than ever. As such, developers have begun to focus a lot of effort into creating cross-chain protocols. These codes allow users to leverage multiple chains without having to convert over to the other ecosystem directly.

Now that you know what projects really pushed the boundaries of innovation in 2020, you are ready to make a well-informed investment decision. Remember, always DYOR and stick to reputable companies and developers. All the projects in this list exemplify the spirit of the decentralized economy and are sure to see some healthy gains.