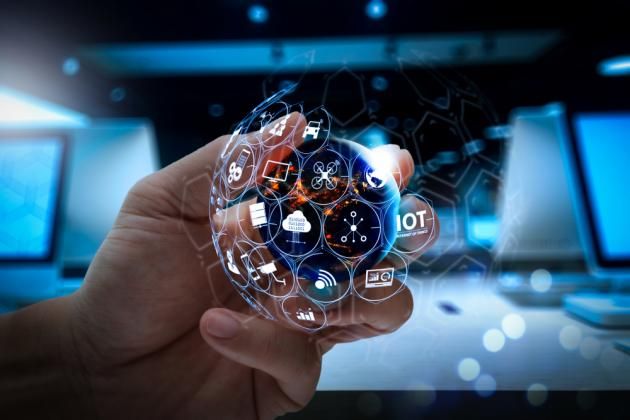 Although Africa continues to display significant economic growth, it's still far behind in the world economy. Africa is home to 17% of the world population but only contributes 3% to the global GDP. The World Bank reported that Africa was the world's poorest inhabited continent with its total combined GDP barely a third of the United States GDP.

Several long-standing challenges continue to hold back economic growth. Despite the enormous potential in terms of natural resources, Africa has experienced European colonization, slavery, and exploitation of its natural resources by western countries. Economic instability was also made worse by the subsequent challenges created by decolonization and worsened by poor leadership.

Nonetheless, Africa can still secure substantial economic growth, thanks to the United Allied States (UAS). UAS seeks to establish a worldwide, sovereign nation of states that will offer its citizens an unparalleled level of freedom and prosperity. UAS will facilitate economic growth by utilizing values that foster wealth creation and promotes the importance of individual freedoms and free enterprise. In Africa, UAS will undoubtedly elevate the high poverty levels by improving living standards via an all-inclusive economic growth. Here is how Africa can secure its long-term economic growth using UAS.

Like many other continents, Africa has always been concerned with achieving high and sustainable economic development. However, the process of generating sustained economic growth in Africa is faced with numerous hurdles, including;

Poor infrastructure is a leading contributor to low economic growth in Africa. Researchers at the Overseas Development Institute agree that the lack of infrastructure in many developing countries represents one of the significant limitations to the Millennium Development Goals' economic growth and achievement (MDGs). The return on infrastructure investments is quite lucrative amounting to 80% for roads, 40% for electricity generation, and 30-40% for telecommunications. Infrastructure development in Africa from 1990 and 2005 was the major contributor to the continent's improved growth performance between 1990 and 2005.

Whether the impact of colonization in Africa led to the African economy's stagnation or growth is still contentious. Some researchers consider Africa's colonization by Europeans a crucial step in opening up the continent for economic development. However, the European colonization may have had the upper hand in slowing down economic growth by exploiting natural resources at low cost to enrich their countries.

In Walter Rodney's book "How Europe Underdeveloped Africa," European nations imposed detrimental colonial policies responsible for many of Africa's modern problems that hinder economic growth. Colonization may have made Africans adopt a lasting physiological sense of inferiority and subjugation, creating a barrier for growth and innovation.

Economists argue that economic protectionism in developed countries hinders Africa's growth. Africa majorly exports unprocessed agricultural products, which usually fetch low returns in the international market thanks to high import tariffs and subsidies in the developed world. Also, African exports are less competitive in global markets due to state over-regulation, usually through taxation. Low competition leads to decreased returns, which drives farmers out of the market, increasingly undermining economic performance. For African countries to develop, there is a need to create a favorable environment for exporters to enhance exports' competitiveness in the global market.

Years and years of corruption in African states marked by run-away theft of country resources have led to low economic growth levels. Corruption in Africa is at extremely high levels and predominantly consists of charging economic rent and moving the resulting corruption proceeds overseas instead of investing in the home countries. African countries, notably Zimbabwe and Congo, faced economic collapse due to widespread corruption with their leaders stashing the stolen wealth abroad for fear of being confiscated by their predecessors.

How will the United Allied States Lead to Massive Economic Growth in Africa?

UAS was developed with the intent of creating economic freedom across the globe by enabling a free-market economy, protecting and preserving individual rights, and minimizing excessive taxation and government regulation.

In Africa, UAS will facilitate unprecedented economic growth levels by offering favorable policies and environments to stimulate economic growth. UAS states in Africa will limit government interventions, reducing politics, and guaranteeing individual rights for its citizens to prosper. What's more, the UAS states will offer better job opportunities for the unemployed African population to improve their living standards. All the UAS states will be interconnected with blockchain technology enabling a high level of transparency eliminating corruption.

Despite Africa's economy being among the fastest-growing economies in the world, the continent is still undeveloped. Poor infrastructure, colonization, and years of run-away corruption have greatly hindered economic growth. However, all is not lost in Africa thanks to the United Allied States- an independent entity that seeks to establish a sovereign nation of states, each offering its residents an unparalleled level of freedom and prosperity.

In Africa, the sovereign states will facilitate economic growth by increasing local economy investments, offering employment opportunities, enhancing infrastructure, and opening up the continent for foreign investment. UAS will enable Africa to secure its long-term economic growth to become a developed continent in the long run.