Co-founder of Wikipedia Larry Sanger and entrepreneur Brock Pearce claimed that the ecosystem of the EOS project, which raised $ 4 billion during the ICO, has a significant problem — centralization. 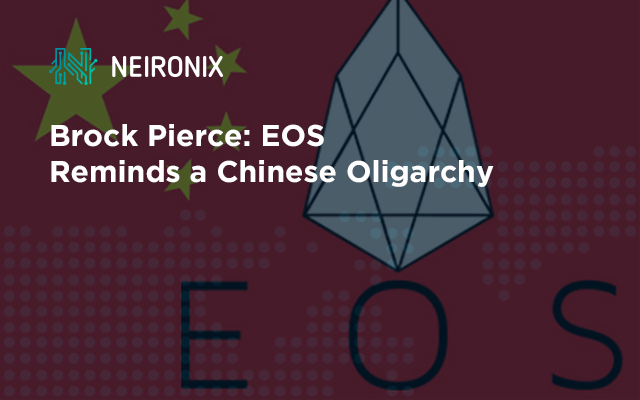 Larry Sanger posted on Twitter that the EOS network is actually controlled by a group of people. Therefore, it is impossible to launch decentralized applications on the web:

…the network is de facto centralized in the hands of the Chinese. I’ve been making noise internally at EP about this since I learned about it earlier this summer. Sorry, but it can’t go on much longer, as far as I’m concerned.

The post was a response to the B. Pierce’s video, in which the entrepreneur states a similar problem. The current ecosystem of EOS, he said, "is run by a Chinese oligarchy".

We remind that Sanger is currently the director of the Everipedia project, an open decentralized blockchain-based library. It is expected that the platform will be more useful than Wikipedia, since it will be neutral and not controlled by anyone.