The European Union demands clarification about the Facebook`s Libra risks

The European Commission sent an official request to Facebook and the Libra Association in which it asked the organizations to answer a number of questions related to financial stability, as well as the risks of money laundering and data privacy loss that may occur when launching Libra's stablecoin. 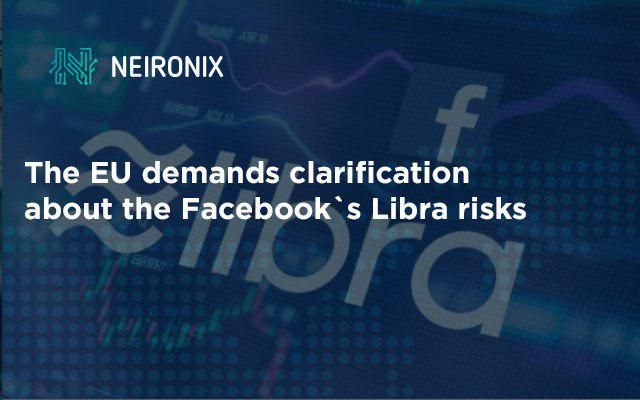 In particular, Brussels is interested in how Libra will manage its financial reserves and protect customers data to prevent the threat of destabilization of the EU financial system, according to Financial Times.

The survey is part of a larger EU efforts to determine how Libra should be regulated, and whether the Association should be allowed to operate within the region at all. The head of the European Central Bank, Benoit Cœuré, has previously warned Libra that the standards it  should meet for its approval "will be quite high" while the French and German governments have categorically stated that Libra should never be allowed in the EU.

Based on recent events, it is obvious that right now Libra is experiencing great difficulties: recently, Visa and Mastercard have refused to cooperate with the it, but the most severe blow was the fact that one of the founders, Paypal, left the Association. Despite these events, the Libra Association posted its roadmap last week, thus showing it`s not going to give up.