German Federal Finance Minister and Vice Chancellor Olaf Scholz has demonstrated his support for the electronic Euro`s introduction in the perspective of Facebook`s plans to launch its own digital currency Libra. 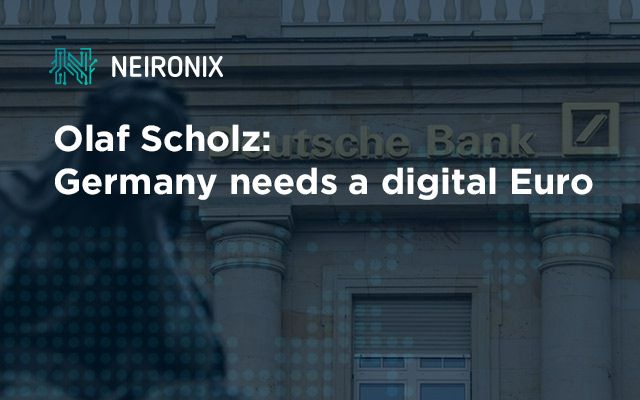 Such a payment system would be good for Europe`s center and its inclusion into the world financial system. We should not leave this field to China, Russia, the US or any private provider.

Scholz's report was made last Thursday within the framework of the Economic Week in Germany, and published by local business news magazine WiWo. Directly before the Finance Minister`s statement, the German Union fraction and Fabio De Masi`s party spoke in favour of issuing a state-guaranteed electronic Euro.

Regarding Facebook's plan to release the Libra cryptocurrency in 2020, Scholz expressed an extremely critical opinion. Two weeks ago, the Vice Chancellor unveiled Germany's official cryptocurrency strategy, where, among other things, he warned the Federal government against introducing private digital currencies as an alternative to public ones.

A core element of state sovereignty is the issuance of a currency, we will not leave it to private companies.

Libra`s path doesn`t seem to be easy, even though the stablecoin has not come into existence yet: it has long been opposed by Central banks, regulators and politicians. Due to the potentially huge number of users – there`re about 2.4 billion people registered in Facebook – the release of the digital currency can have a significant impact on the international monetary system in the long term, which is rightly feared by the authorities.

Last week, Neironix informed you that Facebook has published Libra`s roadmap, and that fact shows that, despite the pressure of regulators and the refusal of cooperation from Visa and Mastercard, the Association is not going to give up and actively continues to move forward.