After China's long dominance in the cryptocurrency mining market, the American company Layer1 Technologies, which promises to raise this sphere in the US to the same level as the Chinese, has taken up the matter. 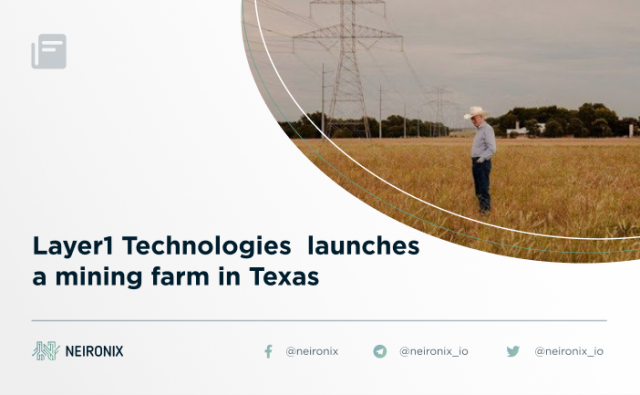 The idea was supported by several large companies, including Peter Thiel, founder of PayPal. It is expected that in a few months the mining volume at the new farm will exceed 200 MW, and in 2021 the United States will take over 30% of the bitrate in the Bitcoin network.

Texas has become a good place to translate ideas into reality, thanks to large government investments to produce electricity from renewable sources, which created a surplus in the market and affected its cost. The head of Layer1, Alexander Liegl, believes that this region is now the cheapest electricity in the world.

To solve the problem of heat dissipation of equipment, especially in such a hot state, the company has developed a new liquid cooling system. The equipment is immersed in an oil cooling base, due to which it can operate at high loads without overheating.

Recall that in October 2019, Bitmain launched a mining farm with a capacity of more than 300 MW in Rockdale, Texas, which was supposed to become the largest in the world. Northern Data, formerly known as Northern Bitcoin, is building an even larger mining farm in the same state. Its estimated power should be one gigawatt.