According to the Blockchain Transparency Institute (BTI), only three cryptocurrency exchanges of the dozens surveyed  — namely Binance, Bitfinex, and Liquid — were found not to be “grossly wash trading their volume.” Wash trading refers to the faking of volumes in order to give the false impression that there is high interest in a particular asset. 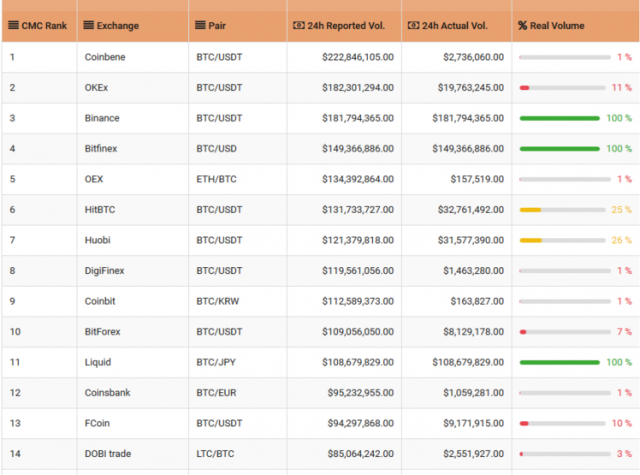 Binance and Bitfinex are two of the only major crypto exchanges that BTI says do not inflate volumes.

Per the blockchain data research firm, one of the biggest culprits in this vice is OKEx, which is currently ranked second by trading volume on CoinMarketCap (CMC):

OKEx has been moved to our Exchange Advisory List as we found just about all of their top 30 traded tokens to be engaging in wash trading when processed through our algorithms.  It appears they have benefited the most from the CMC referral traffic, as our estimated adjusted volume for them would still keep them in the top 10.

Other cryptocurrency exchanges that allegedly demonstrated clear evidence of wash trading on their platforms included Huobi and HitBTC. This saw the two exchanges included in BTI’s advisory list bringing the total of exchanges on the list to 57.

As Much as 80% of Bitcoin Exchange Volume Faked

BTI has consequently concluded that more than 80% of the volume of the top 25 bitcoin pairs on CoinMarketCap is wash traded. According to BTI, for some of the cryptocurrency exchanges fake volumes to enable them to effectively “steal money from aspiring token projects.” This has proved to be a lucrative business with some exchanges generating hundreds of thousands of dollars this way:

Based on information we’ve received from many tokens in the space, the average project spent over $50,000 this year in listing fees from exchanges on our Advisory List.  This adds up to an estimated $100,000,000 stolen in 2018 from the crypto ecosystem and with over 50 exchanges wash trading over 95% of their volumes, this is a 500K a year scheme, with some exchanges making over one million dollars this year just from collecting these fees.

The Blockchain Transparency Institute report also analyzed volumes from the South Korea-based cryptocurrency exchange, Bithumb and found it was engaging in wash trading primarily with altcoins such as bitcoin gold, dash, monero, and zcash. This comes a little over a week since CCN reported that researchers from CryptoExchangeRanks.com had uncovered allegedly fake bitcoin trading volumes on the South Korean exchange.

What seems to have triggered suspicion about the exchange’s activities was a concentration of trades in just a one-hour period — between 90 and 95% of Bithumb’s trading volume occurred around 11 AM on a daily basis in one of the periods that was analyzed. Additionally, the Korean exchange was found to be posting wildly differing trade volumes on a monthly basis.

CCN has reached out to Huobi, OKEx, and HitBTC for comment on the allegations and will update this article upon receiving their replies. 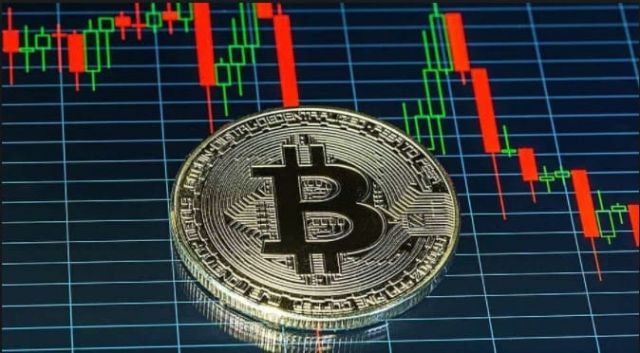