Media: Ethereum fell due to the sale of 180 000 coins on the Bitfinex exchange

The Ethereum rate rushed down this morning, while a large amount of cryptocurrency was sold on the Bitfinex exchange. The details of the incident dealt with the portal Trustnodes.

Just in 1 hour 180 000 ETH was sold on Bitfinex from 8:00 to 9:00 MSK, although around an hour before the magnitude of the trading volume was about 20 000 ETH. At this time, on OKex and Gdax, the volume of Ethereum trading was the same 20 000 ETH, from which it can be concluded that the sale of a large volume of crypto currency occurred only on Bitfinex.

According to traders, Bitfinex at this time stood high walls to buy, which was used by "kit", however, losing patience, he apparently eliminated part of the amount on the market. 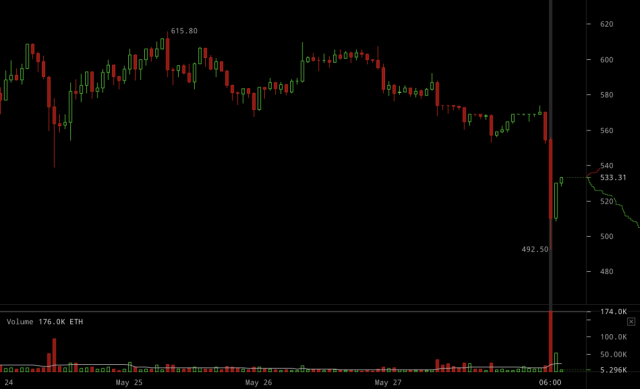 As Trustnodes notes, insider trading is out of the question, because in this case the phenomenon would be more global.

Today's sale was limited by Bitfinex exchange, where at a minimum Ethereum cost less than $500, and on other platforms, including OKex and Gdax, the rate refused to fall below the confident support of about $520.

This also suggests that one person or team is responsible for the event, which is likely to be the EOS project team. About 4 days ago, public data showed that the EOS spent about 1 million of its ETH, but today this amount was added by another 300 000 ETH. 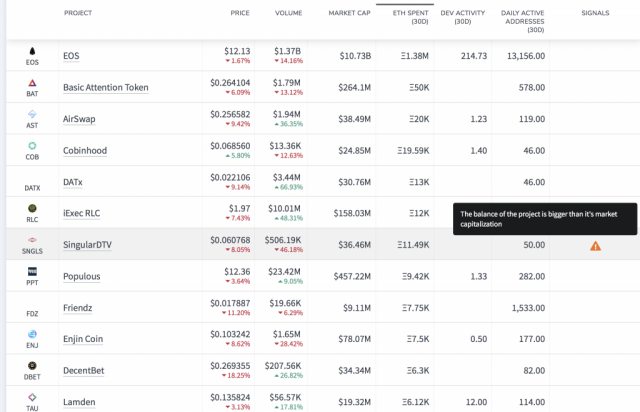 The EOS crowdsale smart contract has about 200 000 ETH and their second multi – signature address has 900 000 ETH. 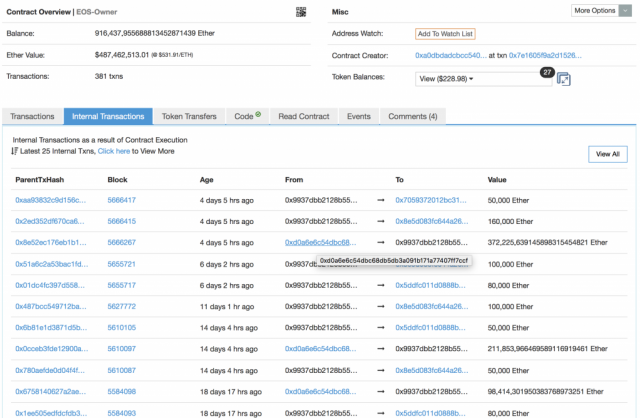 As you can see in the screenshot above, the funds from the EOS crowdsale address are transferred to another address, where they are often sent directly to the cryptocurrency exchanges. In this case, the Bitfinex exchange was chosen, which today significantly exceeds its closest competitors in terms of trading volume and has a lower price on Ethereum. 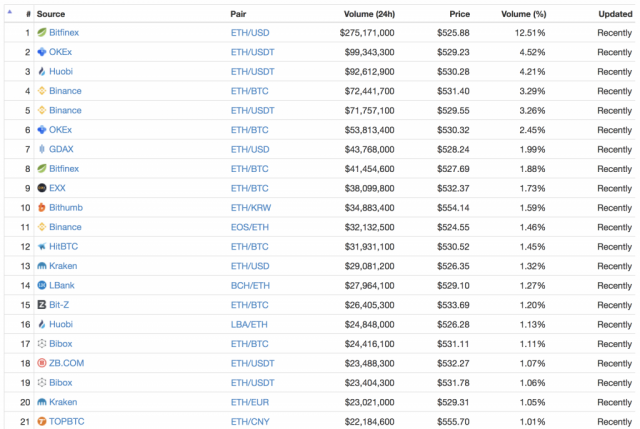 Bitfinex intends to obtain the status of a miner or officially "block producer" in the EOS network, which can be a sign of some cooperation between the two companies and explain today's choice.

Simultaneously with the sale of Ethereum on Bitfinex, the exchange Binance opened a trading pair EOS / USDT, and the EOS is preparing to launch the main network and complete its protracted ICO in 3 days.

UPD: the number of shorts on Ethereum reached its historic high and surpassed the September figures when China imposed a ban on trading cryptocurrencies. 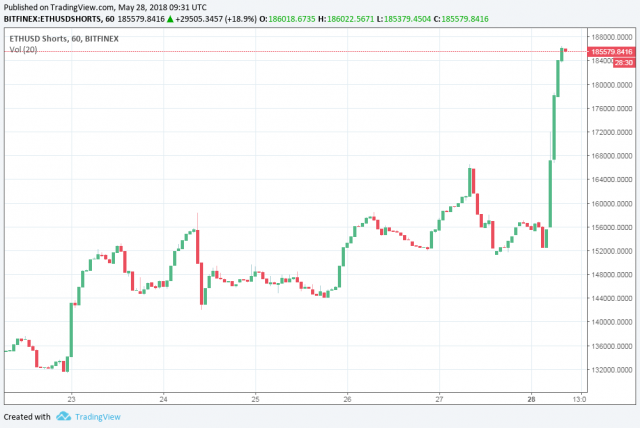 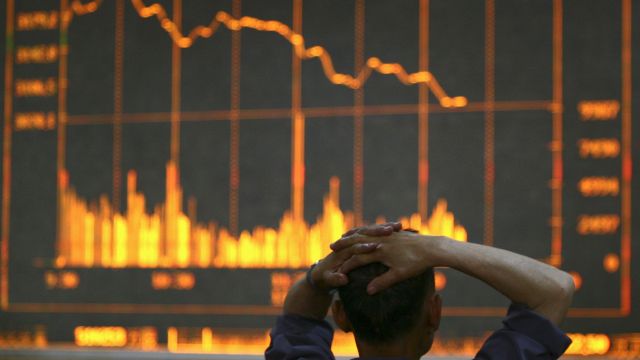