Blockchain Lotteries: An Overview of Recent Projects and How a Newcomer Is Raising the Bar Higher Than Ever

The introduction of blockchain proved to be the perfect solution to some of the most pressing problems of the lottery industry. Since then, many projects implemented the innovative technology with the hopes of creating a flawless solution that would reach worldwide acceptance and transform the sector as we know it. Today, we take a look at some of the recent and most successful projects in the industry. 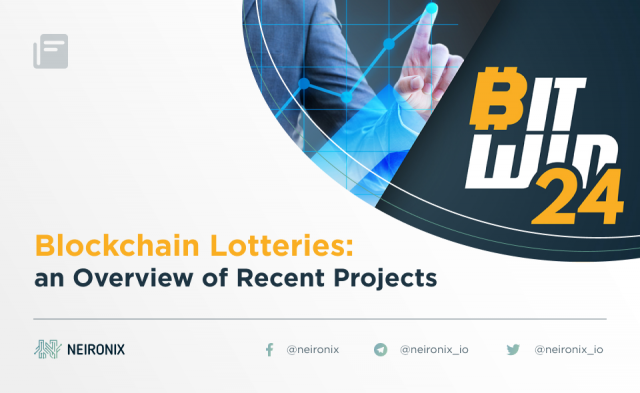 Donocle is among the newest players on the blockchain lottery market. Having acquired approximately $10M through their token sale in the beginning of 2019, the project impresses with its financial performance in the current market. In the core of the Donocle economy lies the Open Data Flow system, which takes care of the transparent reporting of all activities such as ticket sales and lottery draws. What is more, Donocle is among the few blockchain lotteries to offer a Proof-of-Stake system that allows users to gain passive income and free lottery tickets just for holding Donocle tokens.

The Gexan projects is focusing on advanced technology as the solution to the problems of traditional lotteries. With its hybrid algorithm combining both PoW (Proof of Work) and PoS (Proof of Stake) algorithms, Gexan allows the participants in its ecosystem to mine lottery tickets and earn passive income. What is more, the lottery is offering the possibility of master nodes to anyone who is able to provide the technical infrastructure required for block validation. Last but not least, Gexan is dedicating 85% of the proceedings collected through ticket sales to prize pool formation, which is considerably higher than traditional lotteries, which usually dedicate not more than half of the funds collected.

Tombola is among the pioneers on the blockchain scene. The project focuses on making lottery entries accessible to everyone by offering 0 fees on lottery tickets, while it strives for the fairness of draws and payouts offered by blockchain technology. The project dedicates the majority of funds collected through ticket sales to the jackpots and has managed to raise over $2.8M through a token sale in 2018.

True Flip is among the first blockchain lotteries that emerged on the market a few years ago. With over $8M funding, TrueFlip is among the highest funded projects in that segment. The lottery is basically a traditional 6/49 powerball based on the bitcoin blockchain advertised as fair-proof. As with any blockchain lottery per se, TrueFlip is focusing on transparency and fairness as its core values - every activity and result is recorded and published on the blockchain, including ticket sales, winning draws, prize pool distribution and financial results of the lottery. True Flip has designed multiple rewards for token holders that aim to incentivize extensive participation and to maximize its user base as much as possible.

Fire Lotto is built on the Ethereum blockchain and stands for fairness and transparency through tried and tested blockchain methods. The lottery is among the few to offer a referral system with 15% cashback on each ticket bought by the referrals. With ease of use in mind, Fire Lotto makes it simple for lottery participants to start playing right away, execute payments with just a few clicks and get a chance to win the big prizes. The entry fees are among the lowest in the industry - for just $2, Fire Lotto users can compete for the jackpot, making it much more accessible compared to the solutions offered by the competition. Its RNG algorithm is based on the Bitcoin blockchain, which means that as an external system, Fire Lotto has no control over how the RNG works and cannot manipulate it. After a winning draw has been generated, the jackpot is paid out automatically to the winner and the result is recorded on the blockchain, removing the possibility of unpaid prizes.

BitWin24 is an upcoming blockchain lottery with a PoS system as well as master nodes, all combined inside an ecosystem powered by a proprietary developed blockchain. With all previous blockchain lotteries not managing to reach global acceptance and widespread adoption, BitWin24 is determined to succeed where they failed - the lottery is offering a unique reward system that allows ambassadors to win a percentage of all jackpots hit by their referrals, as well as from everyone down the line, resulting in win-chains. This leads to an unlimited possibility of passive income, greatly incentivizing people to refer BitWin24.

Besides the traditional jackpots that are typical for lotteries, BitWin24 offers many other incentives besides their referral system. Early adopters are granted access to the exclusive airdrop program that rewards them with a percentage of all future jackpots hit on the lottery. The amount of airdrop rewards is limited to 10% of all prizes. Access to this program is given only to early movers who contribute on the private sale, so make sure to reserve your spot.

BitWin24 does not stop there - the lottery offers yet another incentive for people to become part of the ecosystem. Through staking contracts, BitWin24 rewards all token holders with special staking rewards based on their contribution. All they need to do is to deposit BWI coins in their secure BitWin24 wallet and keep them as specified in the staking contract. After its expiration, they are granted various rewards and are free to withdraw the funds if they want to. This way, not only do they get the chance to win through trading after the value of the BWI coin rises, but also be rewarded with passive income simply for supporting the ecosystem through providing it with necessary liquidity.

BitWin24 is focusing on usability - users can register through a web or a mobile app and start competing for the jackpots in just five minutes. With multiple currencies offered, BitWin24 gives a high degree of flexibility, further enhancing the user experience. Each user has their own dashboard where they have a comprehensive history of all bets placed, winning draws and the current jackpots.

The BitWin24 project is currently conducting its main sale, offering lucrative bonuses for early adopters. The project is on its way of securing the critical mass of master nodes and users that will ensure its position

Blockchain is the way forward

With its evident advantages, blockchain technology offers a natural progression of traditional lotteries with a whole new level of fairness. If you are interested in learning more about their future, you can visit the website of one of the upcoming most promising lotteries in 2020, BitWin24.