Nominations Are Now Open for the AIBC Awards 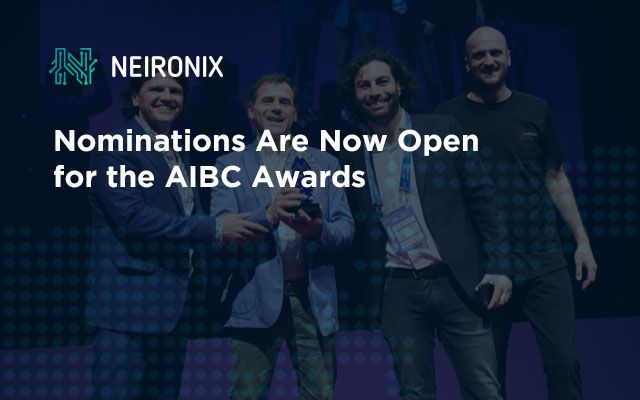 On Thursday 7th November, the first day of the summit, the AIBC Awards ceremony and charity dinner will take place in the evening at the InterContinental, bringing together luminaries in the industry for an evening of recognition and a celebration of achievement.

Now open for all to participate, the nominations for the Malta AI & Blockchain Awards include Best AI Application, Best Asset Tokenisation, Fintech Startup of the Year, Best Robotics and Automation Project, Best IoT Implementation, Best Social Impact Award and much more. In total ten awards will be announced with three nominations for each.

All nominations are now invited on the Awards nomination page, to be submitted by 10th September 2019.

The nominations will be assessed by 30 experts from the blockchain, AI and deep tech space, who will receive and analyse the shortlist. Three finalists will make it through in each category. The winners of each award will be decided by a panel of 7 judges of influence within the industry.

The AI & Blockchain Awards Ceremony is also combined with a charity dinner hosted by SiGMA Group’s Rick Goddard, CCO. This fund-raiser is organised by SiGMA and all proceeds will go towards The SiGMA Foundation. SiGMA Foundation will look at social responsibility in Malta, with the intention of creating a social arm for the local scene, primarily addressing loneliness.

Nominations can be made here.

The first Malta Blockchain Summit took place in November 2018 at the Intercontinental Hotel in St Julians, Malta, attracting 8,500 attendees from over 80 countries worldwide, with 300 sponsors and exhibitors, 200 speakers, and No. 1 AI VIP (Sophia the world’s first robot citizen). With strong support from the Maltese government, the event has quickly established itself as one of the world’s leading destinations for the growing sectors of AI, Blockchain and DLT, IoT, and other vertical industries. At the 2018 event the Maltese government introduced 3 new bills to support the growth of the sector and promoting Malta as the “Blockchain Island”.

Check out the latest video below: