Revolutionalising the Global Economy Through Energy Circulation, Rebglo is all Set to Change the Crypto Mining and Energy Conservation Ecosystem

The biggest problem that plagues crypto-mining today is the loss of efficiency during the mining process. The battery performance “hack”, HETTARER, first conceived in Japan, makes use of conductive paper that collects charged particles from electric currents occurring naturally from the air as well as the device.

It eliminates unnecessary electromagnetic noise which reduces efficiency, and in doing so, extends the charge and life of any battery or conductive product by 20-40 per cent.

To increase productivity in mining today will mean increased investment in technology and ever rising energy use.

Data Transmission System (DTS) Technology seeks to solve the mining efficiency issue by resolving scalability issues and reducing power consumption in crypto-currency mining. The technology has been provided for use and dissemination exclusively to the REBGLO project. REBGLO has devised a special electromagnetic sticker that aligns elementary particles into a constitution state. The aligned particles then form a protective layer repelling electromagnetic noise, a key factor impacting battery longevity. The underlying electromagnetic technology has now been developed for exclusive use with the REBGLO L2 system which has already been available for mobile phones and other battery-operated gadgets. The technology increased efficiency by 17.2 per cent improvement in hashrates.

HETTARER not only improves battery performance, but also lowers the high frequency of electric devices by 90%. So it will greatly increase Crypto-mining efficiency while sticking on Crypto-mining rigs. The flagship product of REBGLO is the REBGLO Mining Boost System. The technology is applicable for all crypto-mining algorithm types and is simple to install.

Mining efficiency has been benchmarked to improve by 17.2 per cent with the introduction of Data Transmission Technology. The HETTARER technology improves battery life by 300 per cent and reduces charging times by 50 per cent.

By tuning normal GPUs with the REBGLO Mining Boost Engine, the comparison of rewards per block in pool mining:

In the future, through the modification of the mining program itself, as well as the cancellation of GPU memory errors and optimized GPU tuning, it is thought that there will be room for further improvement in processing performance.

REBGLO L2 is the next phase of development for the REBGLO Mining Boost Engine, delivering a new generation of mining ware optimization. REBGLO L2 optimizes ILP (Instruction Level Parallelisms) and TLP (Thread Level Parallelisms) and reduces the cache memory miss penalty through cache memory algorithms that call on DTS (Data Transmission System), which creates computation performance effectiveness system configuration. In current tests, REBGLO L2 enhances hash rates by up to 160 per cent as compared to the original mining code, and does so without the need for any hardware change.

The integration of HETTARER technology into the L2 system is currently underway and should be ready for launch, together with the L2 system, in the coming months. The REBGLO token will be divisible by 18 decimal places to make sure no issues arise when the token value increases. To achieve this, the REBGLO technical team has further researched the unique technique of combining a mining hash boost engine with a low power consumption model to deliver energy savings for existing computation machines. 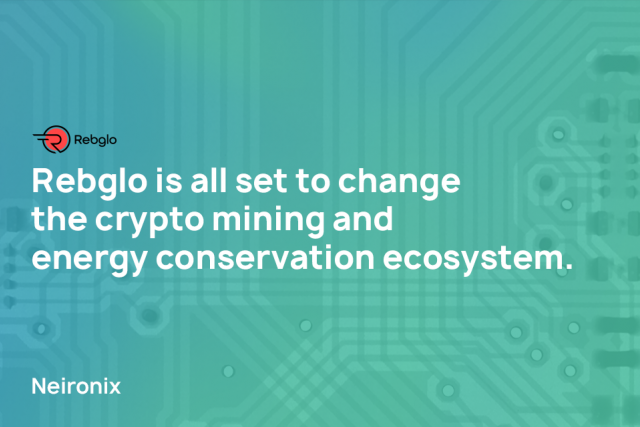