Sports was among the first industries to embrace the advent of cryptocurrency and they continue to find ways to maximize the use of the blockchain to the advantage of the games they play. 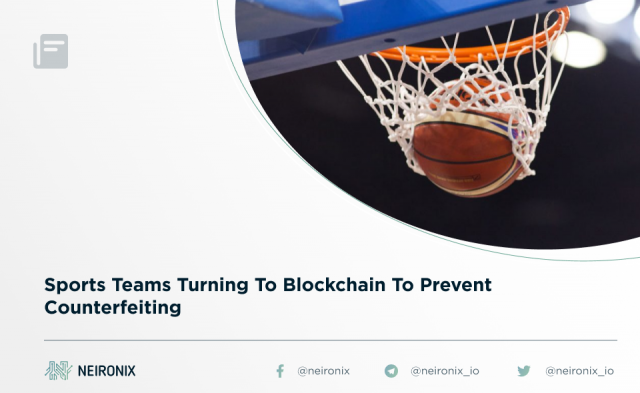 The latest developments that are leading to a new connection between sports organizations and cryptocurrency involves the ongoing dilemma of counterfeit products in professional sports.

A long-established problem with both professional sports franchises and pro leagues is the battle against everything from the printing of fraudulent tickets for matches, to the ever-present issue of knockoff merchandise that isn’t an official product of either the club or the league in which the team holds a franchise membership.

European football, English cricket and Australian rugby are all turning to the blockchain in the hopes of alleviating these long-standing issues.

Down Under, Australia’s intellectual property rights agency IP Australia has entered into a partnership with Australia’s National Rugby League in an effort to establish whether blockchain technology can help to prevent merchandise counterfeiting. 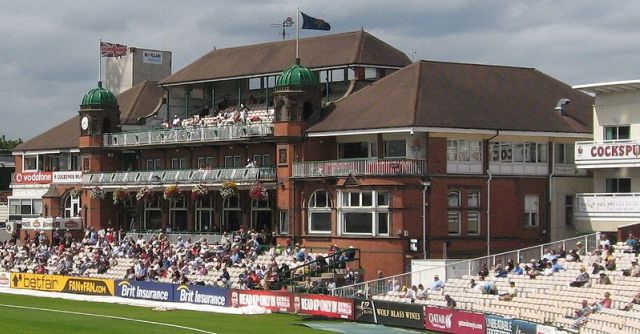 In 2020, the Lancashire Ticket Club sold tickets to events at Emirates Old Trafford via blockchain technology. Photo by: Southdunedain (Wikimedia).

The Lancashire Cricket Club made history this year after becoming the first organization in the UK, in any industry, to activate blockchain secure mobile tickets for all domestic and international fixtures at their stadium, Emirates Old Trafford, for the 2020 season.

The benefits of blockchain mobile tickets included assurances that genuine supporters are more likely to get tickets. It also eliminated the possibility of fake tickets, which gave Lancashire Cricket greater control over who gained access to Emirates Old Trafford for domestic and international fixtures.

“I’m delighted that the Club has become the first organization to use the new blockchain secure mobile tickets technology,” Lancashire’s Head of Ticketing and Digital Systems, Jonathon Nuttall, said in a statement.

“During the 2019 season, over 80 per cent of tickets bought at Emirates Old Trafford [were] made online, compared to less than 50 per cent in 2018, so it’s vitally important that we continue to improve the digital ticketing technologies to ensure we make things as easy, and as enjoyable, as possible for those supporters booking with us.”

The blockchain setup makes all ticket sales fully transparent and traceable, which should make an impact on the ability of ticket speculators to artificially inflate the prices of hard-to-get tickets. The tickets are also distinctive to the purchaser and almost unattainable to counterfeit.

As well, the blockchain setup includes an official new resale platform that provides supporters a simple, user-friendly system to sell unwanted tickets up to face value throughout the season.

A similar plan was previously implemented by UEFA to sell soccer tickets. In 2019, UEFA partnered with Ethereum-based mobile wallet provider AlphaWallet to tokenize close to 20,000 VIP tickets for the UEFA Euro.

The cost of counterfeit team merchandise to leagues is massive. In North America, it’s estimated that the NFL loses about $3 billion per year through this manner.

Australia’s NRL will experiment with the IP Australia’s blockchain-powered app at the NRL Shop, as well as at Savvy Supporter. Both are among the NRL’s online merchandise stores. The sites will carry a trust badge that displays an official trademark. IP Australia’s trust badge strategy forms part of the agency’s Smart Trade Mark initiative, which employs blockchain technology.

This program is designed to help verify and trace products in order to halt counterfeiting. The intellectual rights property body is an agency of Australia’s Department of Industry, Innovation, and Science.

Among the first sports enterprises to embrace the blockchain were online sports betting sites.

Not only are these sites open to betting with Bitcoin, they encourage its use. Most sites will offer added incentive in terms of larger signup bonuses for new players who open accounts with forms of cryptocurrency.