Project managers from PlusToken wallet were accused of fraud and creating a financial pyramid, the withdrawal of funds on the platform does not work from June 27. 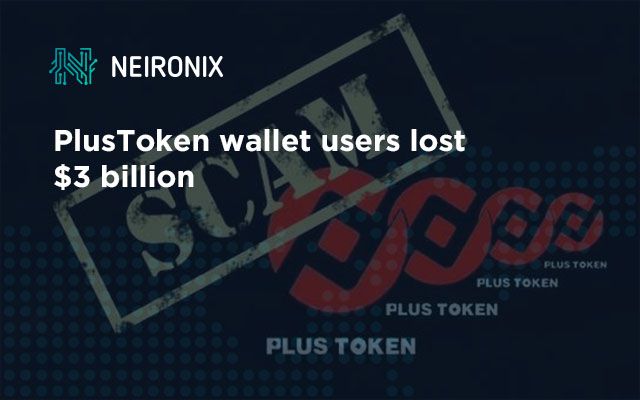 The users of the cryptocurrency wallet PlusToken lost $3 billion after the project leaders escaped with their funds, writes 8btc. According to journalist Lylian Teng, company's customers can not withdraw their funds from end of June (users reports about it on various social media), and the rate of platform token (PLUS) has not changed since June 29 and is at around $139 237.

On project site there is almost no information about its leaders. According to 8btc, the wallet was actually developed by the Chinese company Jiaxing Zhejiang, which has nothing to do with South Korea.

And on June 29, six Chinese men were arrested in Vanuatu on suspicion of organizing a fraudulent scheme on the Internet. It is assumed that they could be directly related to PlusToken.

PlusToken investors were offered guaranteed payments from 6% to 19% per month and bonuses for attracting new members. The company planned to register 10 million users by the end of the year, although the announced number of participants was 3 million.

The wallet was launched in 2018 and promoted as a decentralized international crypto project supported by a South Korea team. PlusToken was focused on Asian and European countries.