Roskomnadzor is not going to withdraw in its fight against Telegram, this mega-popular messenger in Russia, and this fact is a serious risk factor, which is exposed to the planned launch of the TON platform. Telegram, in its turn, is not going to give up: every month millions of dollars are spent on counteracting the blocking by the team. Anyway Durov promises to launch the network on time – at October 31. 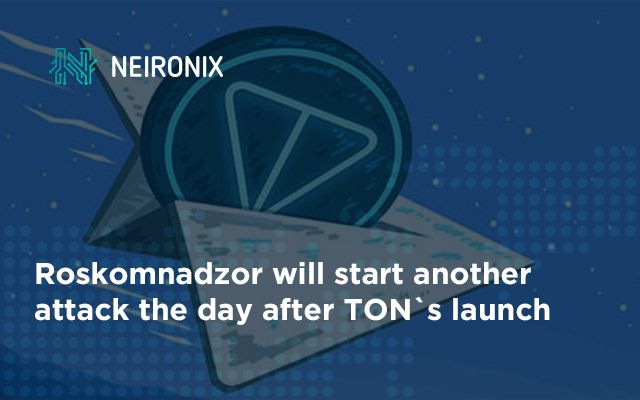 The day after the launch, November 1, 2019, a bill which is called “On Sovereign Runet” comes into force partially. It will allow the Agency to deal with Internet resources blocking directly, without asking for help from providers. The regulator is going to use new tactics and weapons in its struggle and is actively introducing equipment into its work, thanks to which the blocking of unwanted sites and services can now be carried out without the participation of telecom operators.

By mid-October, Roskomnadzor plans to complete testing of the relevant equipment in order to be fully prepared by the time the law comes into force. The first region, which will be targeted by the authorities, will be the Urals; the project is entrusted to the company "Data center for processing and automation”, headed by Deputy Minister of communications Rashid Ismailov.

As you know, last week Pavel Durov promised to the blockchain platform TON investors to launch it on time. Earlier we wrote that Telegram began to test the wallet for the Gram cryptocurrency. And despite the success of the project, doubts and risks of investors are connected with the fact that an active struggle is still being waged against the TON`s founder.