Should Pakistan Lift its Bitcoin Ban Now That It Has Become A Global Currency?

In the early days of bitcoin, many governments were wary of having an unregulated currency that could cause a lot of unforeseen problems. Some governments banned it outright while others simply put some restrictions into place while they waited to see what would happen. 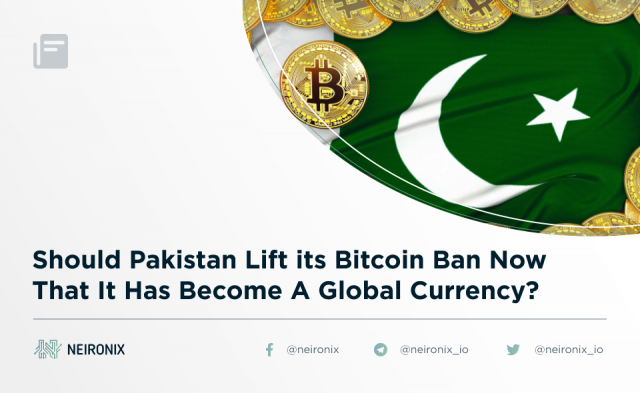 What did happen was that bitcoin evolved and became a mainstream currency that has not caused many of the problems that governments feared. In fact, some are now using blockchain technology to great effect.

The highest judicial institution of the Pakistani province of Sindh has asked the government and the State Bank of Pakistan (SBP) to give them a detailed explanation of the recent ban on bitcoin. The ban comes at a time when it makes little sense to do so.

In this article, we will take a look at the latest news in this saga.

The Pakistani government followed the lead of many countries during the early days of bitcoin. Only it was years after many countries had already lifted the ban or simply moved towards restrictions. The reason for the ban is that bitcoin is not a legal tender since it is not issued by a central authority that can be guaranteed by the government.

What was different about this ban is not just the timing, but the fact that institutions should also report cryptocurrency transactions that could be suspicious.

How Pakistanis are reacting

The fact is that Pakistanis are still actually trading in the cryptocurrency. Since this is a worldwide phenomena and there are no internet restrictions, there are many ways to go around the ban. A simple look at the price of bitcoin in Pakistan reveals as much.

It is extremely difficult now to enforce a total ban as banishing exchanges simply moves users to peer to peer platforms where they are able to trade money or other assets for bitcoin.

The problem is that it is banned, but not currently illegal to trade or use bitcoin. Which means that people of course are going to act accordingly if there is little repercussion. The authorities claim that it needs to be regulated and since it is not possible to do so it must not be allowed.

What could happen next?

People are hoping that the ban will go the way of India’s Supreme Court case in 2018 in which a similar ban was lifted. The argument the court heard and agreed with was that the ban was unconstitutional.

Once the ban was lifted, many businesses rejoiced as it signaled a restart to progression towards an entry back into the global marketplace.

The ban could further push back Pakistan’s progress towards a better position in the global economy due to its lacking of a technological infrastructure. The provincial court has asked the SBP to submit a response on November 5. If the court is not satisfied with the reasoning, then this could be a signal that a ban could be lifted in the near future.