What is behind the +72% growth? Chainlink review

Chainlink's token LINK surged by +72% in July, outperformed Litecoin in market capitalization and is about to take over Bitcoin SV. Sergey Nazarov's project is gaining more interest by DeFi companies and DApp developers. 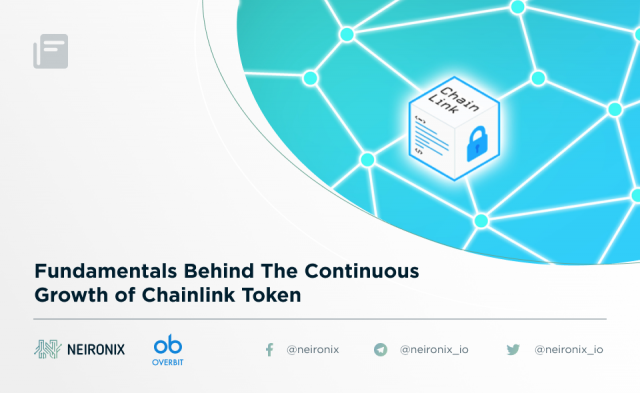 Chainlink is a decentralized oracle network based on the Ethereum blockchain built to implement smart contracts between traditional data sources and blockchain infrastructure. An oracle might be referred to as an intermediate system, which translates information received from external sources into a language understandable by the blockchain network and vice versa to form smart contracts. Chainlink uses a reputation system for which node providers with a large number of Chainlink tokens - LINK receive more contracts as a reward. Initially, the network used centralized oracles, but later the founders decided to move to a more decentralized approach.

How does the Chainlink network work on the example of DeFi?

What makes Chainlink so popular?

Thanks to its unique technology, Chainlink can be used in various fields, one of which is DeFi, in which there is a need to access external data, for example, exchange quotes between cryptocurrencies and fiat currencies.

One of the more interesting integrations is the IOST integration, which allows developers to create decentralized applications (Dapps) that are capable of exchanging data between different blockchain networks.

The meteoric rise of DeFi and the use of blockchain technology in various fields has attracted the attention of LINK investors, which is traded on over 100 crypto exchanges around the world. So, after the announcements of partnerships with IOST, Hedera, Goolge, Oracle in May-June 2019, LINK price surged by 230.26%, validating an all-time high at $ 4.8023 per coin.

The market cap of the token as of today is $ 2,998,277,952 and in terms of capitalization LINK has overtaken such coins as LTC, EOS and XTZ, the latter most recently was in the top-10 list according to the market capitalization.

The demand for the product is growing and Chainlink is announcing new partnerships literally every week, in July 2020 there was an increase in network activity, and the top 1% of LINK token holders reached 76.7% of the total token circulation. 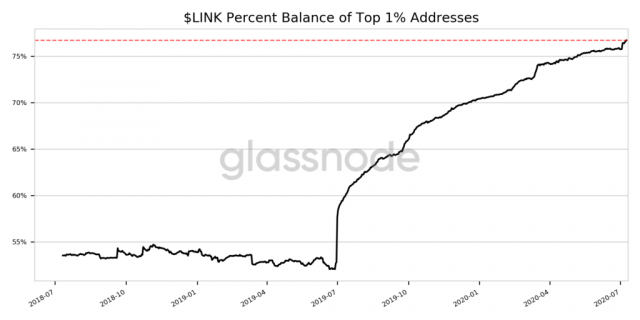 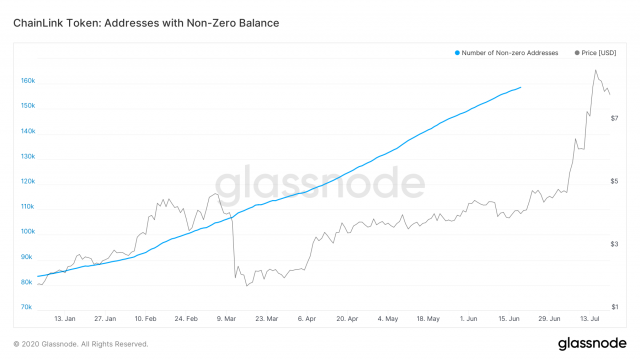 As for technical analysis, the LINKUSD pair is currently in correction and forms a bullish flag, exit from which can lead to repeated testing of the highs at the level of $ 8.92.

Compared to Litecoin, which follows LINK on the market capitalization list, LINK looks more optimistic for investors who are waiting for the continuation of the growth. 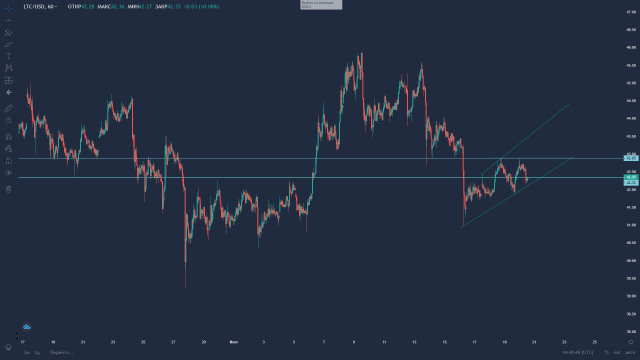 XRPUSD and ETHUSD also demonstrate a pattern similar to LINKUSD, investors and traders are also waiting for the breakout of the upper resistance of the bullish flag, at which Ripple may continue to rise to $0.2047 and $0.2060, and Ethereum to $242. 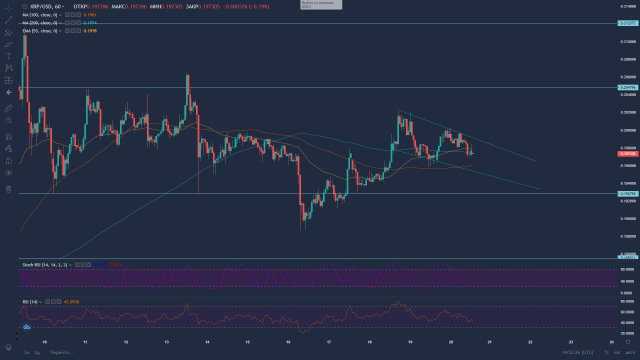 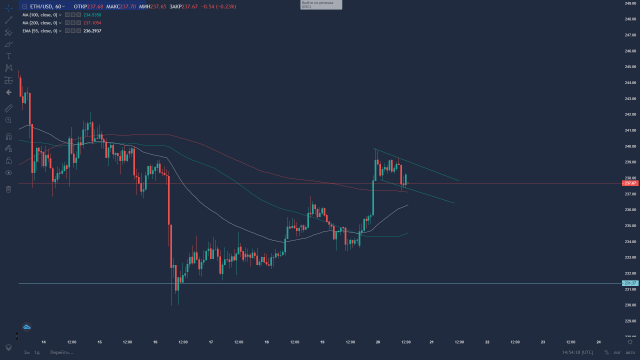 Whether LINK will be able to overtake Bitcoin SV in capitalization will depend on new partnerships and investor interest in this token, but if we decern based on the price movement, then the verdict is most likely yes. The difference in market capitalization between LINK and Bitcoin SV is 4.85%, while the lag of LTC is 8.90%.

Long and short LTC, BTC/USD, ETH/USD, BCH/USD, XRP/USD and other currencies with up to 100X leverage on Overbit.