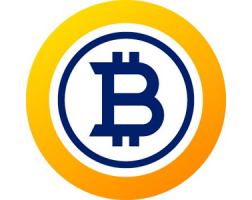 Bitcoin Gold
BTG
Bitcoin Gold is a cryptocurrency that appeared in 2017 as a result of the Bitcoin hard fork. BTG works on an identical blockchain, only has a different mining protocol.
Fonte circulante:
17 513 924 BTG
Oferta total:
17 513 924 BTG
Suprimento máximo:
21 000 000 BTG
Link do código fonte Link do Explorer
Coin
Mineable
5
Sadly, you’ve exceeded the limit of adding to favorite.
The limit possible is 5
Increase the limit
Vá para o site
0
0
0
114