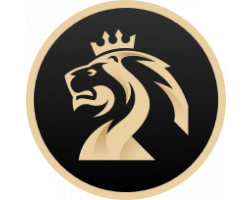 G999
G999
G999 blockchain is a technology that can allow individuals and companies to make instantaneous transactions on a network without any middlemen. Transactions made on the G999 blockchain are completely secure and fast.
Oferta total:
16 820 262 947 G999
Link do código fonte
5
Sadly, you’ve exceeded the limit of adding to favorite.
The limit possible is 5
Increase the limit
Vá para o site
8
0
0
0

G999 is a peer-to-peer payment system that aims to create an ecosystem with fast payments, micro-commissions, next-generation communications, and high bandwidth. The emission of G999 e-money is limited.

In the decentralized G999 system, payments and transactions do not require intermediaries and are not regulated by central banks. G999 uses asymmetric data encryption, which will ensure that information is only accessible to two persons: the sender and the recipient. This is how G999 developers create a high level of privacy and security. The principles of blockchain operation differ from the classic PoS.

G999 can be integrated into web-browsers. The payment system is also compatible with popular mobile OS. The ease-of-use of G999 tools should help increase the use of blockchain tools by telecommunications companies.

The company is also working on the creation of G999 e-money wallets. Wallets are a gateway for private, decentralized transactions and communications. They allow users to store private keys, place bets, or trade. Depending on the needs of each user, the company has developed several types of wallets that are aimed at performing specific tasks. Wallets work on macOS, Windows, Linux systems, as well as in a web browser.

The G999 cryptocurrency is an internal utility coin for the operation of the ecosystem, which is used by Blokchain Academy, Email blockchain, G999 Voice & Chat applications, Gold Merchant, G999 ownership certificates, and other tasks. It is not yet possible to trade the G999 coin on exchanges. However, on the gstrade exchange site, you can purchase coins for US dollars to use the tools of the G999 ecosystem.