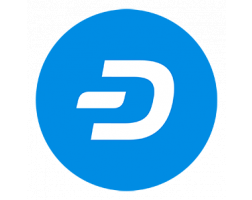 Dash
DASH
Formally, the digital currency Dash (Darkcoin) is another fork of the original Bitcoin, but in fact, this project is unique. So, Dash is a completely anonymous coin with a two-level blockchain system.
Dolaşımdaki arz:
9 159 813 DASH
Toplam tedarik:
9 159 813 DASH
Maksimum tedarik:
18 900 000 DASH
Coin
Mineable
5
Sadly, you’ve exceeded the limit of adding to favorite.
The limit possible is 5
Increase the limit
Web sitesine git
0
0
0
151

Dash (DASH) today is with a 24-hour trading volume of . DASH price is -5.39232% down in the last 24 hours. Lowest cost DASH is recorded on the crypto exchange KRAKEN. Leader in trading volume DASH is the exchange BitMart. Cryptocurrency market capitalization is
{CoinTitle} hakkında

Formally, the digital currency Dash (Darkcoin) is another fork of the original Bitcoin, but in fact, this project is unique. So, Dash is a completely anonymous coin with a two-level blockchain system.

The developers’ main task was to improve the original Bitcoin. The source code for the network Dash can solve several problems, impossible for the first digital coin. For example, Dash, like Bitcoin, is a decentralized coin, since they both work using blockchain technology, but mining Dash does not need as much power as BTC. DASH (Darkcoin) is quite convenient in daily use, transactions on the network are confirmed almost instantly.

The original name of the coin sounded a bit gloomy - DarkCoin. The cryptocurrency began to be called XCoin over time, but this did not become the final option, and in the end, the developers came to a modern name used on all popular exchanges.

Distribution of awards in the DASH network

In order to obtain the status of masternode you need to purchase 1000 coins. This approach protects the network from “Attack 51%”. Besides, 10% of the coins that go to the development of the network guarantee constant work on the project.

A special PrivateSend service is integrated into the source code of the coin, responsible for mixing transactions, this fact significantly complicates their tracking.

How does it work?

Dash holds its status as the “most decentralized among decentralized digital currencies” due to its unique software - DAPI. This is an open environment where developers and companies can create wallets and various software for interacting with the system.

DASH statistics on the Neironix platform

The Neironix.io website provides all the most important information regarding the DASH cryptocurrency. The Neironix platform toolkit performs not only the current rate of the coin but also quotes on popular exchanges. Also, Neironix.io website shows the history of the DASH price changes per day, week, month, a year or for the entire time of the coin. All data is structured, located in one place and presented in a convenient form, so the Neironix platform saves investors time.