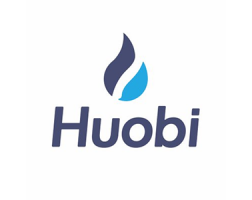 Huobi Token
HT
Huobi Token (HT) is a token of one of the most popular exchanges in Asia, Huobi. This is not the first token of cryptocurrency exchanges, for example, previously it was implemented by Binance, BitMex, and others. Huobi Exchange plans to use an HT token to pay commissions when making payments and solving other problems.
Dolaşımdaki arz:
241 284 047 HT
Toplam tedarik:
500 000 000 HT
Explorer bağlantısı Explorer bağlantısı 1
Token
Ethereum
Utility
ERC-20
5
Sadly, you’ve exceeded the limit of adding to favorite.
The limit possible is 5
Increase the limit
Web sitesine git
0
0
0
100

Huobi Token (HT) today is with a 24-hour trading volume of . HT price is -1.01804% down in the last 24 hours. Lowest cost HT is recorded on the crypto exchange Kucoin. Leader in trading volume HT is the exchange Jex. Cryptocurrency market capitalization is
{CoinTitle} hakkında